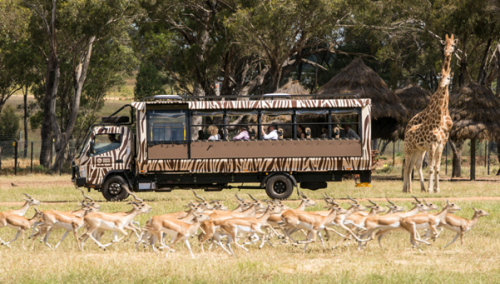 Nature-lovers can have an African safari-style experience without leaving NSW with the official opening of the Savannah Safari at Taronga Western Plains Zoo today.

Welcoming the new attraction, Minister Speakman stated “the Savannah Safari project is an excellent addition to Taronga Western Plains Zoo. It will help to educate and inspire visitors about conservation and wildlife, while also enhancing the zoo’s overall visitor experience.”

The $1.4 million project, jointly funded by the NSW Government and the Taronga Foundation, also includes a new elevated platform, from which visitors can view the animals in the Savannah exhibit, and extensive redevelopment of the exhibit and public areas, with new seating, landscaping and walking paths.

Taronga Western Plains Zoo was recently recognised as the state’s top tourist attraction at the NSW Tourism Awards and is a major drawcard for visitors to the region.

Taronga Western Plains Zoo Director Matthew Fuller said the Savannah Safari offered unique opportunities to see some African species up close, adding “in addition to the animals currently on exhibit, in the coming year we will be introducing white rhino and zebras to add to the safari experience.”