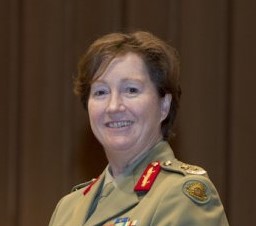 The AFL has appointed a new Women’s Football Advisory Group which will be chaired by AFL Commissioner Major General Simone Wilkie.

The 10-member group will provide input as the AFL plans the launch of its national women's competition in 2017.

The Group will meet for the first time on 5th May to discuss issues ranging from ground dimensions, to the introduction of the father-daughter rule, wage structure, broadcasting deals and new women’s uniforms with an apparel sponsor.

Lethlean stated “we feel there is a diverse mix of business leadership, coaches, players and football industry experience among the members to help guide decisions in coming months.”

In other AFL news, the AFL has appointed Robert Auld as AFL Tasmania’s new Chief Executive.

Commenting on the appointment, Lethlean stated “we were thrilled with the standard of candidates for the role but ultimately Robert’s business acumen and breadth of experience saw him emerge as the standout candidate.”