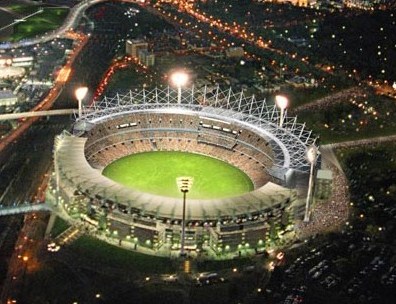 Former Victorian Premier and President of AFL club Hawthorn, Jeff Kennett, has acknowledged the success of AFL Chief Executive Andrew Demetriou who, during his 10 years in post, has secured hundreds of millions of dollars from governments for AFL ground upgrades.

Writing in Melbourne's Herald Sun newspaper on the eve of the AFL Grand Final, Kennett wrote "Demetriou has done some wonderful things in his decade of leadership, the most significant in my opinion being how he played off governments against oppositions federal and state to leave the competition with the most wonderful collection of sporting venues any sport occupies in Australia.

"Hundreds of millions of dollars have been spent by us through political manoeuvring under Demetriou's baton, while the AFL has committed so little cash. It's a remarkable achievement."

The ABC's 'Factcheck' has scrutinised Kennett's claims, highlighting the AFL's venues: three in heartland Victoria, three in NSW, two in Queensland and Tasmania, and one in every other state and territory as well as the soon to be completed Adelaide Oval and Western Australia's existing Patersons Stadium and soon to be constructed Perth Stadium. (The AFL's full list of venues can be viewed by clicking on the link below)

Factcheck continues "since 2003 the number of regular home and away venues has grown and almost every venue on the (AFL's) list has had a major upgrade, predominantly funded by state and federal governments.

"The AFL's annual reports from 2004 to 2012 outline partnerships with government that secured hundreds of millions in funding at the federal, state and local level.

ABC Fact Check looked at development from 2004 onwards because Demetriou took up the role of AFL Chief Executive role in September 2003. 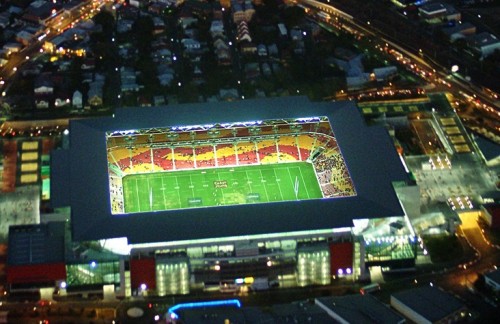 Factcheck continued "over the past decade the jewel in the crown, the MCG, has received a major facelift. The first stage, a redevelopment of the northern side, began in 2002 and was motivated by the need to refresh the venue for the 2006 Commonwealth games. The AFL benefitted from, but cannot claim credit for this upgrade, which in any case commenced before Mr Demetriou took up his role.

"The second stage of the ground's redevelopment – the Southern Stand – began in 2011 and was jointly funded by the Victorian government ($30 million) and the Melbourne Cricket Club ($25 million). The AFL did not contribute, but will again benefit.

"Queensland has had some major investments, including a redevelopment of the Gabba. According to the AFL's 2005 annual report the sixth stage of the project – costing $40 million – wrapped up that year. In 2009 federal, state and local government invested $116 million in a stadium for new club, the Gold Coast Suns. And in 2012, $2 million was invested by the Queensland Government in a lighting upgrade for Cazalys Stadium in Cairns.

"Also in 2012, Western Australian Premier Colin Barnett finalised plans for a $700 million plus new stadium in Perth. That is the biggest current project, followed closely by the $535 million committed by the South Australian government in 2011 for a redevelopment of Adelaide Oval."

Factcheck highlighted that "the National Rugby League has regular home and away season venues in Queensland, New South Wales, Victoria and the ACT, but has not established permanent digs in other states and territories. (Although it does have a home base across the Tasman for clashes in New Zealand.)

"Iconic NRL venue, Lang Park in Brisbane, was upgraded in 2003 at a cost of $280 million, funded by the Queensland Government. The home of the NRL grand final, former Olympic venue ANZ Stadium has a capacity of 83,000 - reduced from 110,000 when first opened in 1999. A relatively new piece of sports infrastructure, ANZ Stadium was upgraded at a cost of $80 million in 2003, but it is shared between the AFL, NRL, Cricket, Rugby Union and Soccer.

"The biggest addition to the NRL portfolio in the past 10 years has been Victoria's AAMI Park, a $267 million new venue funded by the state government and completed in 2010 as a home ground for the Melbourne Storm and Melbourne's A-League soccer teams. And while Cricket Australia and its member state organisations call many of the same venues as the AFL home and have benefitted from (and in some cases contributed to) upgrades to venues like the MCG, SCG and Brisbane's Gabba, the cricketers do not have as many major stadiums in operation across the country - usually using just one ground per state. 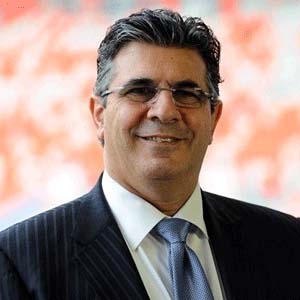 "The investment in sporting grounds used by the AFL over the past decade has seen the expansion of the AFL's home and away season to many more venues, including Western Sydney, the Gold Coast and regular 'home' games for Kennett's beloved Hawks in Tasmania. In 2013 two games in the regular home and away season were held at Darwin's Tio Stadium. Three stadiums have been refurbished for AFL, newly built or are underway, and many more have received upgrades worth tens or hundreds of millions of dollars. The game has expanded rapidly and significantly over this period.

"In Mr Demetriou's time at the helm, state and federal governments have ploughed well over $1.5 billion into the grounds that AFL fans flock to every weekend between March and September. Those upgrades have boosted capacity, improved lighting, club facilities, member areas and function rooms – in turn helping to bump up the AFL's revenue. In 2004 the code brought in $196 million in revenue. By 2012 it was raking in more than double that, $425 million.

"The NRL does not have revenue that comes close to the AFL. In the NRL's 2013 annual report Australian Rugby League Commission Chairman John Grant says the league is aiming to double revenue to $300 million over the next five years - that's still over $100 million less than current annual AFL revenue.

"Cricket Australia also falls short on revenue, bringing in more than the NRL, but far less than the AFL at just over $264 million in 2012."

For more information go to www.afl.com.au/fixture/venue-information

Images (from top): The MCG, Suncorp Stadium and Andrew Demetriou.