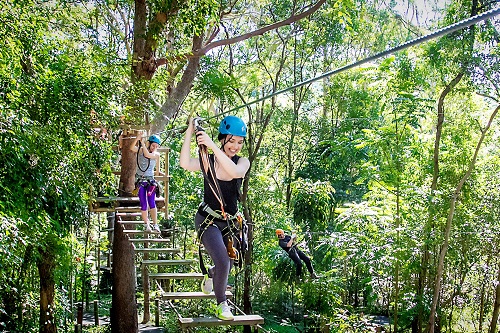 Since opening in August, the TreeTop Challenge at Mount Tamborine has been proving a popular challenge for your adventurers, with children as young as three years able to undertake its courses.

Located on the Gold Coast-Scenic Rim, the attraction is Australia’s largest adventure park built specifically for juniors, aged three to seven, and includes four courses, comprised of 50 challenges from ground level to a height of eight metres, which can be completed over two hours.

TreeTop Challenge General Manager David Taylor said the new course is both the largest junior adventure park in the nation, and the first in Queensland. 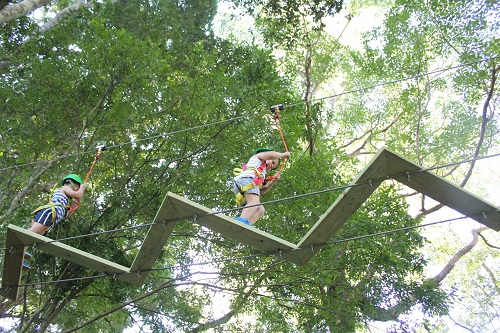 Taylor explained “until now there hasn’t been a purpose-designed adventure park for young children in Queensland. At our regular courses we have a height marker called the ‘line of tears’ named after the response when youngsters aren’t old or tall enough to join in. Now there is laughter instead of tears.

“It’s a great opportunity for kids to experience nature while extending themselves within our Adventure Park in the trees.

“We understand children can be wary of heights, so they can complete a lower level course and build their confidence, ready for greater adventure in our higher courses.

“We operate to the highest safety standards and the children are continuously attached to overhead guide wires from their harness and are only disconnected when they are safely on the ground.”

The attraction was opened by Queensland Minister for Tourism Industry Development Kate Jones who said it would provide a great outdoor activity for local children and families, along with interstate and international visitors. 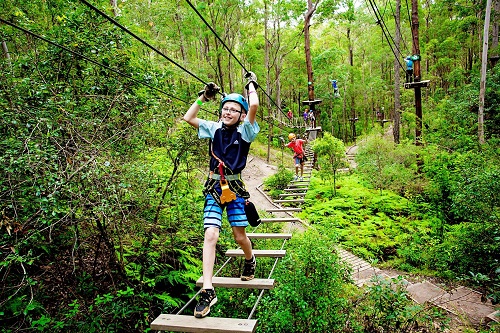 Minister Jones advised “the junior adventure park will provide families hours of entertainment and encourage children to get out and be active.

“This park is a Queensland first and providing new tourism and adventure experiences is key to growing our state’s tourism industry.”

Commenting on the attraction, tourism management consultant Mike Maloney, explained “this is another leap forward in the adventure tourism market, with TreeTop Challenge now involving a much younger market within Queensland’s eco-tourism offer.

“It is going to be great for the South East Queensland tourism market, as parents are choosing holiday destinations that cater for children.”

TreeTop Challenge also operates a High Ropes Adventure Park within the Currumbin Wildlife Sanctuary and are soon to open another attraction on the Sunshine Coast.