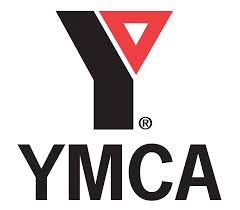 YMCA Victoria has elected a new Chair at its 2009/10 Annual General Meeting. Chair elect, Sue O'Connor comes to the 'Y' as an experienced company director and Managing Director of Balcombe Consulting.

Balcombe Consulting works with boards and senior executives to maximise profitable growth in the water, renewable energy, smart grid, telecommunications and environmental sectors. Sue was previously a Group General Manager at Telstra Corporation (for 13 years) reporting at Group Manager Director level where she successfully led the establishment of a number of new lines of business.

O'Connor is also a Director of Goulburn Valley Water and was previously a Director of Vicsports, Prince Henry's Medical Research Foundation, Melbourne Rowing Club and the Mastermind Group. She is also a regular long term facilitator in the AICD Company Director's Diploma, on the adjunct faculty of the AGSM, and is a member of Vicwater, the Energy and Utilities Network and Smart Grid Australia. She is also an avid rower and cyclist, and passionate about bringing communities together.

The outgoing Chair, Graham Kent used the Annual General Meeting to thank his fellow board members and staff for what had been achieved in the past three years, telling members âit is both a privilege and honour to have been afforded the opportunity to be chair of this wonderful organisation.

Kent was delighted with the caliber of candidates that have been elected to the Board and outlined that there was much to look forward to and many challenges ahead for the YMCA. Graham will remain on the Board.

During the Annual General Meeting, the Board and Staff paid a fitting tribute to outgoing Deputy Chair and Treasurer, Geraldine Macdonald who will step down from the Boards she currently sits on in December. Geraldine was awarded Life Membership at the recent YMCA Victoria Awards for her 20 years service to the YMCA. Firstly through her involvement at the Darebin YMCA then on the State Board of YMCA Victoria.

Copies of the YMCA Victoriaâs Annual can be viewed at http://victoria.ymca.org.au/cpa/htm/htm_download.asp?page_id=380