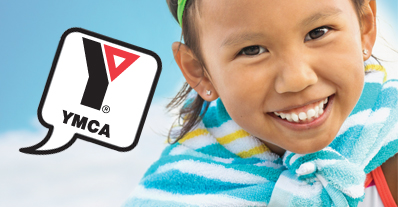 The YMCA of Sydney, together with Royal Life Saving Society Australia (RLSSA) is strongly urging parents to "keep watch" and supervise their children in and around pools during the busy summer holiday period.

The organisations' plea follows an incident at YMCA-managed Camden War Memorial Pool last week in which a four-year-old boy was resuscitated by a pool lifeguard. Fortunately, due to the immediate and skilful response of the YMCA lifeguard, the child was resuscitated and was reported to be in a stable condition at Westmead Children's Hospital.

This incident was the fifth near-drowning reported by CareFlight during last week.

YMCA of Sydney Group Manager Craig Lambeth said these events act as aa reminder to the community of the importance of child supervision in and around pools.

Lambeth explains "we are pleased to say that the immediate and rapid response from the YMCA lifeguard and the child's mother, resulted in a positive outcome.

"The incident highlights how vulnerable children can be in aquatic environments and the need for parents to keep an extra watchful eye on children, particularly under 10 years of age, when in the water."

Bradley states "with the warm weather and busy aquatic centres Royal Life Saving strongly reminds parents that constant supervision is essential at all times when children are near water, any source of water.

"There was a positive outcome from this near drowning with CPR being applied swiftly. However this is a strong reminder that lifeguards are not babysitters."

According to the RLSSA's 2011 Drowning Report, annual levels are on the rise with 315 reports of drowning in Australia in the year to 30th June 2011. A recent report from the organisation revealed the staggering fact that at least 50,000 children are leaving primary school each year without reaching national swimming benchmarks.

Lambeth concluded that while supervision is key for drowning prevention, so too is teaching children vital water-safety skills.

"As a not-for-profit charity, the YMCA is committed to ensuring every community has access to quality and affordable swimming lessons in their local area."

The Aquasafe program is open to all ages and teaches vital skills such as water safety, stroke development and stroke correction.

The YMCA endorses the RLSSA's Keep Watch campaign across all its pools in NSW.