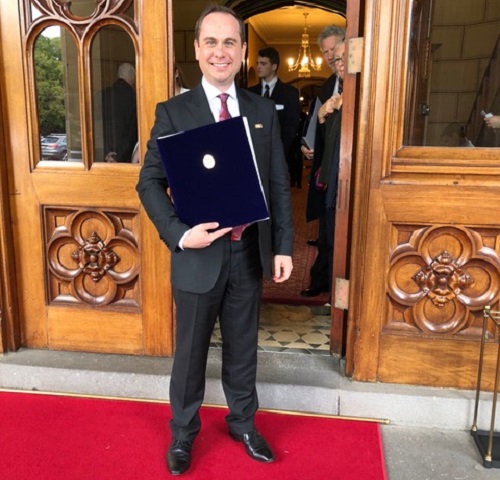 YMCA NSW Executive Leader Paul Franc has been presented with a bravery award at Government House Sydney for his role in assisting the disarming of a knife-wielding man.

Franc was General Manager NSW/ACT for a major employment agency when a 23-year-old job seeker came into the Darlinghurst office yelling.

Franc recalls “the next minute he pulled out a big kitchen knife and I thought ‘you are kidding me’.

“Everyone ran out of the office except me, (a fellow) staff member ... and another job seeker."

“The attacker started to stab [name redacted] (but we) tackled him to the ground. We managed to sit on him and restrain him before the police came.”

Franc said there was a very brief moment before he lunged at the attacker that he asked himself “do I want to engage with this”. 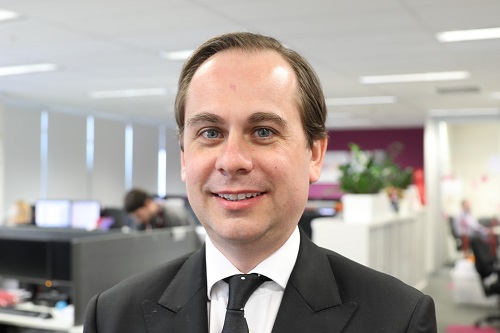 On Wednesday 6th September, Franc was handed his Group Bravery Citation, along with the job seeker, by the Governor of NSW General David Hurley.

Franc, who joined YMCA NSW in April 2017 added “it is a mystery who nominated me for the award  I wasn’t expecting it. It has been very humbling.”

Franc was delighted to receive a congratulatory letter from NSW Premier Gladys Berejiklian which included the line: “It is a fine thing to have been part of such a selfless action, and the community rightly honours your courage and concern for others.”

YMCA NSW Chief Executive Susannah Le Bron said the organisation was fortunate to have an executive leader who so supportive of his team members and clients and always concerned for their welfare.

Le Bron advised “to instinctively jump in and provide that sort of assistance in a dangerous situation was quite extraordinary.

“It truly was a superman moment and we feel very lucky to have someone with such impressive personal qualities as a senior leader at YMCA NSW.”

Article amended 30th June 2020 to remove the names of individuals involved in the incident other than Paul Franc.

Images: Paul Franc, shown with his bravery award at top.