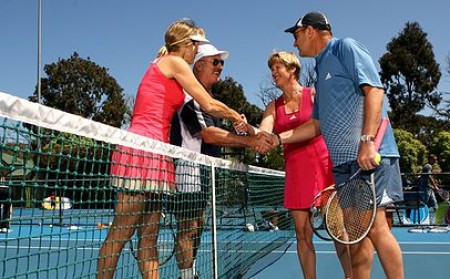 Following a competitive application process over several months earlier this year, the Board of the Geelong Lawn Tennis Club (GLTC) has contracted YMCA Victoria to manage the club and facilities.

Club President Bob Spurling was among the key architects of the new management partnership and in confirming the appointment, predicted the new arrangement would see the club grow.

Spurling explained “the YMCA has extensive experience, especially in facility and club management over many years.

“The board believes their excellent resources, well trained staff and experience, will help revitalise our club and inject youthful enthusiasm and vitality for our 700 plus members.”

Spurling said both the Geelong Lawn Tennis Club and YMCA were aligned as not-for-profit community orientated organisations and, with over 300 years combined history between them, were well known in the Geelong region, throughout Victoria and also nationally.

The club’s position as a regional tennis centre in the G21 region highlights its strategic significance and Tennis Victoria Facilities Operation Manager Ken Barton supported the club’s decision to pursue a sustainable management option to ensure growth and future success.

Barton advised “over the past 18 months, Tennis Victoria has met with YMCA on several occasions to discuss management opportunities at tennis facilities. Particularly in the past 12 months we have been conscious of the progress that has been made by the Y in understanding the needs of our sport.” 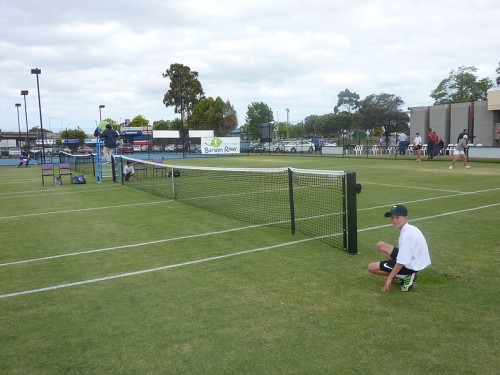 Barton spent six years as Manager of the Geelong Lawn Tennis Centre prior to his appointment to Tennis Victoria.

He endorsed the direction taken by the club to grow its reach, particularly in the under-represented youth and family markets, adding “from my understanding of the needs detailed in the expression of interest for management, YMCA is well placed to take on this role and open the club up to new members from across the local and regional community.”

Taking on the management of the Club as of 17th October, operations are now overseen by YMCA Manager Rob Daley who comes from a successful tennis playing, coaching and management background and brings significant experience to the role.

As YMCA Centre Manager at the Pakenham Regional Tennis Centre over the past three years, Daley introduced a number of innovative management options which resulted in the centre’s highest membership numbers on record. He said the key challenge of his new role would be to grow the profile of both tennis and the club.

Commenting on his new role, Barton explained “wWe’re excited about becoming part of the Geelong tennis community and look forward to working together with staff, volunteers and members who have contributed to make the club such an iconic venue.

“We’ll be working hard to further develop what we believe is one of the top tennis venues in Victoria, with the goal of providing members and the community with first-class facilities and programs in a friendly, relaxed club setting.”

Daley outlined a number of initiatives to be undertaken in 2016 aimed at enhancing the facilities and benefits to members, while also raising the profile of Geelong Lawn Tennis Club across the local and regional community. These include:

Daley concluded “the primary focus at the Geelong Lawn Tennis Club will be to utilise the YMCA’s organisational experience to ensure programming is maximised and the facilities are utilised to their full potential. This will ensure positive membership and income growth and raise the club’s profile across the tennis community.”

For more information on the Geelong Lawn Tennis Club and its facilities visit www.geelonglawntc.com.au