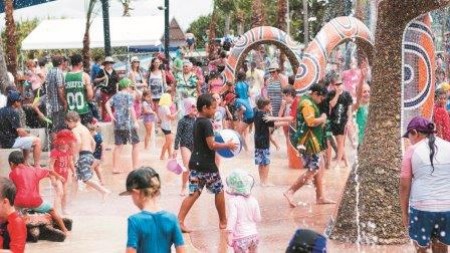 Yeppoon’s Keppel Kraken Water Play Area has been named the best in Queensland, after taking out top place in the Tourism Award of Excellence category at the 2016 Queensland Landscape Architecture Awards in Brisbane.

Mayor Ludwig stated “from the moment the Keppel Kraken started to take shape, it was clear we would have a ‘world-class’ attraction right here on the Capricorn Coast and this first award certainly confirms that.

“I would like to commend David Hatherly from Vee Designs and David Joffe from Natureworks for their outstanding collaboration in delivering an attraction that’s not only functional, but visually spectacular in its own right.

“The Keppel Kraken is truly a signature attraction for the Capricorn Coast and one of which our region can be rightly proud.”

The attraction was designed by Queensland-based Vee Designs. 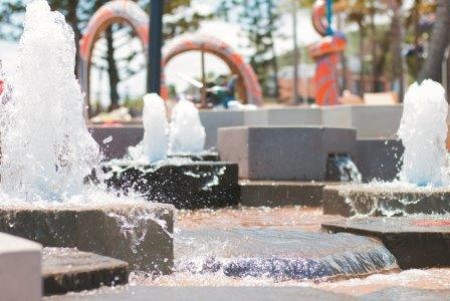 Commenting on the project, Vee Design Director David Hatherly paid tribute to Livingstone Shire Council for its vision to create a water play feature that would capture people’s imagination.

Hatherly stated “from the initial discussions with the Mayor and Infrastructure Team, it was clear that Council wanted to steer away from the traditional ‘run of the mill’ designs.

“What has been created is a truly unique attraction that is both visually stunning and engaging for children and families, while still complying with the highest national design and safety standards.

“In a lot of ways we very much broke away from the traditional ‘stereotype’ water play features with this design and it has well and truly paid off.

“Our submission now qualifies for the National Awards in December and we’re confident we can go one better!”