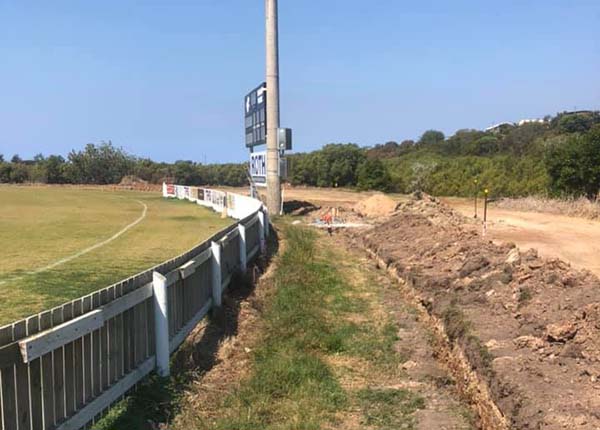 The Swans recently defeated the Panthers in the Grand Final after winning 15 from 15 games during the season.

Member for Keppel Brittany Lauga advised she sought the funding after talking to club officials while watching the club’s winning streak.

Lauga noted: “I’m a big fan of the Swans and have really enjoyed watching them play this season, but an open tidal drain next to the oval really raised some serious concerns.

“We don’t want to wait until there is a serious accident before we act, so we’re getting a fence built now so the club can focus on winning games, which is what they’re really good at.”

Queensland Minister for Sport Mick de Brenni added the State Government was pleased to be able to help, after Lauga had written to him last week.

Minister de Brenni added: “We already know that Swan Park is an impenetrable fortress, but this fence is not about extending the club’s 80 game winning streak - it’s all about safety.

“There is an open drain which carries a significant amount of water and poses a high risk to young children and members of the public.

“We want more Queenslanders to get active, so we’re providing delivery and financial assistance to install safety fencing around the drain and surrounding area, with work to start as a matter of priority.”

Yeppoon Swans Club President Peter Watkins said the club is very grateful for the funding to keep Swan Park safe for members and their families: “A lot of kids play near this drain which fills with water and having a fence will make the venue safer for them.

“We are looking forward to construction getting underway soon, then we can focus on breaking the national record next season.”

Minister de Brenni advised the Queensland Government had invested more than $7.7 million to support Australian Football in the state since 2015.

“We’re backing our local clubs and also investing in the top-end of the sport, with $35 million in upgrades to the Gabba progressing and a contribution into the new game-changing $70 million AFLW Stadium ‘The Reserve’ which is getting underway.”