WTTC promotes value of tourism ahead of Asia Summit 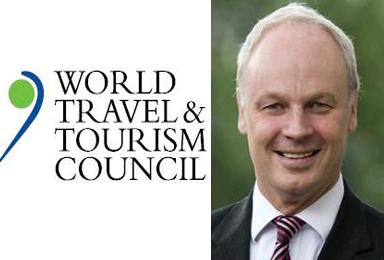 In advance of the inaugural World Travel & Tourism Council's Asia Summit, to be held in Seoul, Korea on 10th and 11th September, Council President and Chief Executive David Scowsill, has advised that the Summit will address what needs to be done to harness the enormous growth potential of the global tourism industry.

Scowsill explained "with Asia set to dominate world economic growth, travel and tourism will play a key role showing 5-7% average increases in the industry's total contribution to GDP over the next ten years, generating over 47 million new jobs in the region.

"This regional growth will impact travel and tourism around the world, with expanding numbers of Asian travellers making their mark in the global marketplace. The challenges in meeting this growth command the attention of all the global players in the industry, as well as the top political leaders worldwide.

"This Summit of industry leaders from the private and public sectors will take place in South Korea where total contribution to the Korean economy from travel and tourism grew by 10% in 2012.

"South Korea is a recognised world leader of a creative economy, as well as home to many of the largest conglomerates of familiar household brands across the globe."

The upcoming World Travel & Tourism Council (WTTC) Asia Summit will provide the opportunity for an exchange between private and public sector, and will tackle some of the critical pressing issues facing tourism in the region today.

The Asia Summit will be attended by some of the region's most influential business leaders and decision makers, joined by speakers who will talk about global trends and key issues that impact the region from other parts of the world. It will also feature a Ministerial Roundtable.

The WTTC is the global authority on the economic and social contribution of travel and tourism. It promotes sustainable growth for the industry, working with governments and international institutions to create jobs, to drive exports and to generate prosperity.

For more information on the World Travel & Tourism Council's Asia Summit, being held in Seoul, Korea from on 10th and 11th September 2013, go to www.wttc.org