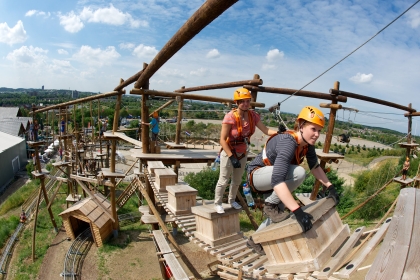 The World Travel & Tourism Council (WTTC) has announced the Winners of the 2016 Tourism for Tomorrow Awards, presented at a special ceremony during the 16th WTTC Global Summit in Dallas, Texas, USA.

The Award showcase business leadership in sustainable tourism, celebrating ground breaking and inspiring initiatives across five categories and the 2016 Winners are:

Each year a group of independent judges from the private sector, academic institutions, non-profit organisations and government come together to select the Finalists and Winners of the Awards. The three-stage judging process is extremely rigorous and includes thorough on-site evaluations of all finalists. This year it involved 36 judges and over 60 days of work in the field.

WTTC President and Chief Executive David Scowsill commented “the 2016 winners of the Tourism for Tomorrow Awards are truly inspirational examples of tourism that has a long term vision.

“In a world of shrinking resources, with increasing pressure on cultural heritage and local traditions, these organisations are living proof that travel and tourism can be a force for good. These companies are showing clear leadership in the industry.”

Fiona Jeffery, Chair of the Tourism for Tomorrow Awards program added “this year’s Awards has yet again been an example of extraordinary business leadership in sustainable tourism.

“I would like to thank our team of international judges lead by Professor Graham Miller, who are so crucial to the rigor and credibility of the Awards. The 2016 finalists were of the highest calibre, whilst praising the winners I would also emphasize that all the Tourism for Tomorrow Awards finalists are pioneers in their field. By sharing best practice across tourism businesses, private sector and governments we can ensure that tourism continues to grow responsibly and ethically.”

The 2016 Tourism for Tomorrow Awards winners

Community Category: Expediciones Sierra Norte, Mexico
The cloud-wrapped forests of the Sierra Norte, in the Mexican state of Oaxaca, are one of the most diverse ecosystems on earth, with a staggering 2,000 plant species found there. This natural wealth is also a storehouse of indigenous knowledge for traditional healers from the local communities.

For the last 22 years the community-based ecotourism project Expediciones Sierra Norte has been working to both preserve that knowledge and share it with the growing number of people who visit this region, by establishing more than 100 km of routes through the forest, all following the ancient trails and paths that connected the communities in the past.

So successful has it been that while just 20 tourists stayed overnight in 1995, now that number is around 17,000 tourists per year bringing employment and economic prosperity which is shared across all participating communities.
Finalist - Sapa O'Chau, Vietnam
Finalist - Yayasan Ekowisata Indonesia, Indonesia 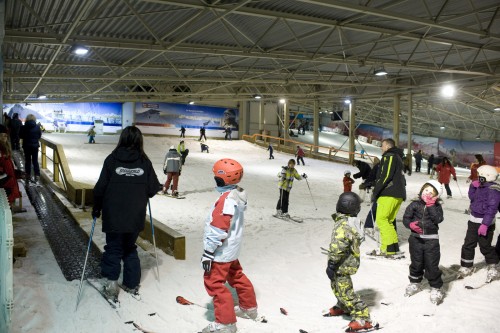 Destination Category: Parkstad Limburg, Netherlands
By the end of the 20th century, the neighbouring regions of Hill Country and Parkstad in the Netherlands’ Limburg province were both marked by economic decline.

However, for the last 15 years the two have combined on a programme of developing Parkstad - a former coal mining district - as a wet weather tourism destination.

The idea is that by providing a complement to Hill Country's summer charms, they might turn the pair into a success story of sustainable year-round tourism. It's worked, as 15 years after the scheme began in a region with no income from tourism, Parkstad's turnover in 2015 was US$400 million, and now provides 5,800 full time jobs. Proof that destinations in decline can regenerate themselves.
Finalist - Swiss Parks Network, Switzerland
Finalist - V&A Waterfront, South Africa

Environment Category: The Botswana Rhino Conservation Project by Wilderness Safaris, Botswana
At the end of the last millennium there were no wild rhino left in Botswana. Starting in 2000, however, Wilderness Safaris, working with the Botswana government, began to reintroduce both black and white rhinos back into the Okavango. During 2014 and 2015, the company facilitated the largest ever international black rhino translocation to date, airlifting them to a remote gravel airstrip deep inside the Delta.

Today, 15 years and several translocations later, viable breeding populations have been re-established in the region, widening the geographic distribution of the species at a time when poaching is threatening its survival elsewhere in southern Africa.

All the while, the company has remained committed to its 4Cs ethos (Conservation, Community, Culture and Commerce) and has worked closely with the communities who provide 85% of the staff at its camps. It’s Children in the Wilderness programmes seek to inspire young environmental leaders to protect their natural heritage, and become custodians of these mighty creatures in the future.
Finalist - Alcatraz Cruises, USA
Finalist - Lindblad Expeditions-National Geographic (LEX-NG) Fund, USA & worldwide

Innovation Category: Carmacal Carbon Calculator by ANVR - The Netherlands Travel Trade Association, Netherlands
Until now, a significant problem with most carbon calculators was that they focussed on only a limited part of the tourism package - typically either aviation or accommodation. However, thanks to Carmacal, the first B2B carbon calculator for tourism enterprises, it is now possible to measure all aspects of a holiday with one tool.

Carmacal is the only carbon calculator to be able to provide climate footprints at the level of airline/aircraft combinations per route, while also estimating the carbon footprint for 500,000 accommodation options around the world. It means that tour operators can now assess the carbon impact of the packages they offer more thoroughly than ever before, and look for ways to make them more efficient.
Finalist - North Sailing, Iceland
Finalist - ‘Measuring Tourism’s Impact’ by PwC, Travel Foundation & TUI Group, United Kingdom

People Category: Youth Career Initiative, United Kingdom & worldwide
Working with 11 partner hotel companies, the Youth Career Initiative (YCI) has developed a six-month education and training program targeted at unemployed youth with limited socio-economic opportunities in 15 countries around the world. It also works with survivors of human trafficking, collaborating with the US Department of State to enable the reintegration of rehabilitated survivors through their participation in its programs.

To date, over 3,000 young people have graduated from YCI across its 15 countries, including 60 trafficking survivors. With considerable growth planned, the program has already become a beacon to show how tourism can provide work skills that transform young and disadvantaged lives.
Finalist - Jus' Sail, Saint Lucia
Finalist - Kinyei International, Cambodia

More information on the 2016 Tourism for Tomorrow Awards Winner and Finalists can be viewed at www.wttc.org/tourism-for-tomorrow-awards/winners-and-finalists-2016/