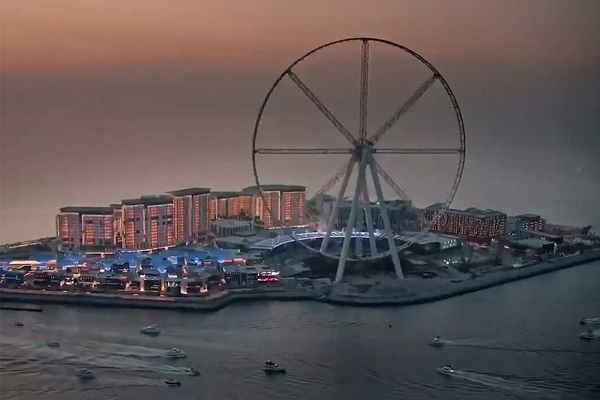 The much anticipated Ain Dubai - set to be the world’s tallest observation wheel at more than 250 metres - will be completed in time for Expo 2020, developer Meraas announced this week..

Meraas said that the eighth and final 450-tonne temporary spoke has been removed for the structure, while the last of the wheel’s permanent spoke cables has been installed.

The Meraas statement advised “the process marks the first time the modern observation structure has been one complete wheel since construction began.”

With the removal of the temporary wheel spoke, the weight of the wheel rim has been completely transferred to 192 spoke cables, ensuring the integrity of the structure through the process of “permanent compression.”

The Ain Dubai is considerably taller than the current tallest observation wheel - the 167 metre tall High Roller in Las Vegas - and will stand over 200% taller than the world’s first ever Ferris wheel.

According to Meraas, over 9,000 tonnes of steel has been used in the construction of Ain Dubai, 25% more than the amount of iron used on the Eiffel Tower.