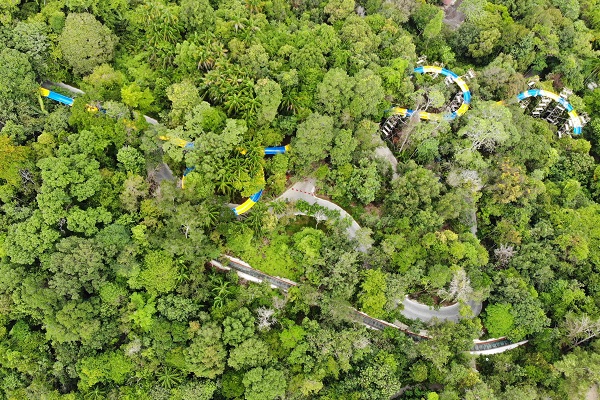 The Escape adventure theme park on the Malaysian island of Penang is set to open the world’s longest waterslide, measuring over a kilometre long.

Scheduled to open next month, work on the 1140-metre waterslide is approaching completion.

Once open, the waterslide will offer a four-minute ride that snakes its way down a 70-metre slope, passing through the jungle scenery of the tropical island.

Accessed by a cable car chairlift, the waterslide will eclipse the current 601 metre length of the current Guinness World Record holder. 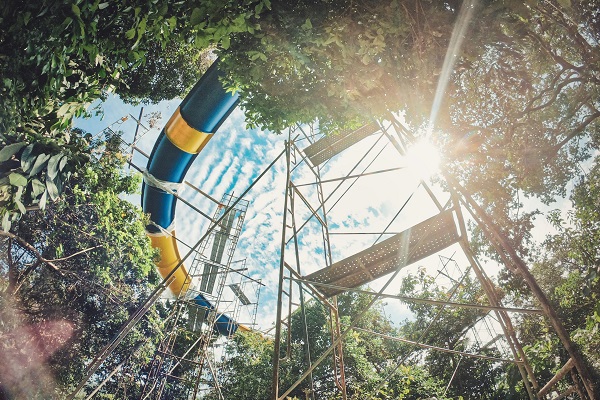 Looking forward to the opening, Sim Choo Kheng, founder and Chief Executive of Escape owner the Sim Leisure Group, commented "I'm always baffled by how rides are made so short and quick. I wanted to build rides that last a good few minutes, with non-stop smiles and giggles as visitors fly through the rainforest - something never done before.

"(When designing the ride) we then realised the 70-metre elevation at the hilltop would mean that the water slide would become a record-breaking feat. We thought, what the heck, if we can put the extra smiles on our customers' faces, it would all be worthwhile."

Commenting on the construction, he added "I am overly concerned over the environment here so we tried our best to maintain the greenery by not chopping down the trees.

“We reckon the slide will be the main attraction when completed.”

ESCAPE is widely known for its revisioning of conventional amusement and water theme parks rides though its offering of attractions that encourage physical wellness and a reconnection with nature.

Images: The 1140-metre waterslide will offer a four-minute ride that snakes its way through the jungle scenery of Penang (top) and construction of the attraction has seen minimal disruption to the tropical forest (below).