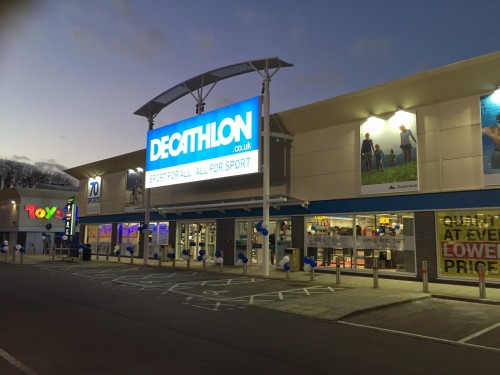 Decathlon, the world's largest sporting goods retailer, is set to enter the Australian market in the next few days with an online store targeted at Australian customers, before rolling out as many as 35 warehouse-style superstore outlets over the next decade.

The French-based retailer, runs 1031 stores in Europe and Asia, but will eschew smaller format stores in shopping centres and will position itself in bulk retail sites more.

The Sydney Morning Herald speculated that Decathlon’s arrival will have “a major effect on existing players, similar to the arrival of Aldi, which ate into the profits of Woolworths and Coles.”

As well as greater competition, the sporting goods retailing sector is facing disruption from fast changes in technology.

Rebel is meeting that challenge with the rollout of what it call its new ‘accelerate’-format stores.

The first of these stores opened in Bondi late last year and is built around a concept of replicating the experience of being at a sports stadium and being part of the game, complete with cyclone fencing, bench seating, line markings, LED screens and lifelike sounds.

Two further accelerate stores are planned for malls in Chatswood and Miranda.

One of the biggest growth areas in sports retailing is in women's active wear, with just released research showing 50% growth in sales between 2012 and 2014.

The research, undertaken by Victoria University’s Institute of Sport, Exercise and Active Living (ISEAL) for the Australian Sporting Goods Association (ASGA), is being undertaken in stages, with the first stage literature review just completed.

It shows that overall Australian sales of women’s active wear apparel grew from approximately $20 million to $30 million in the two year period.

Commenting on growth in the sector, ASGA Executive Director Shannon Walker stated that active wear had “moved off the running track and into our cafes and shopping malls and the trend shows no signs of slowing down.”