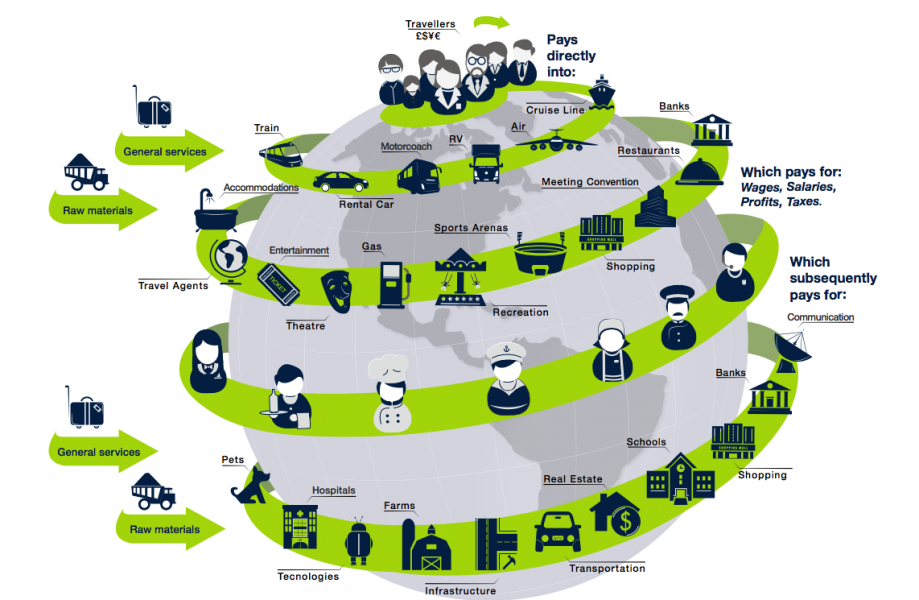 The World Travel & Tourism Council’s newly released Travel & Tourism: Economic Impact 2015 report shows that tourism generated US$7.6 trillion (10% of global GDP) and 277 million jobs (one in 11 jobs) for the global economy in 2014.

Writing in the introduction to the report, Scowsill explains “tourism expansion is forecast to continue at a stronger rate than last year, with the total contribution to GDP expected to increase by 3.7%.

“New destinations and investment opportunities will also continue to emerge as tourism becomes increasingly affordable across the developing world.

“This growth will require countries to adopt a concerted and coordinated approach to talent planning and development between their industry, governments and educational institutions to ensure they fulfil their potential in the years ahead.”

Chart one: How money moves in and out of all sectors of tourism and flows into adjacent sectors – a remarkable illustration of how tourism intersects with almost every other consumer sector. 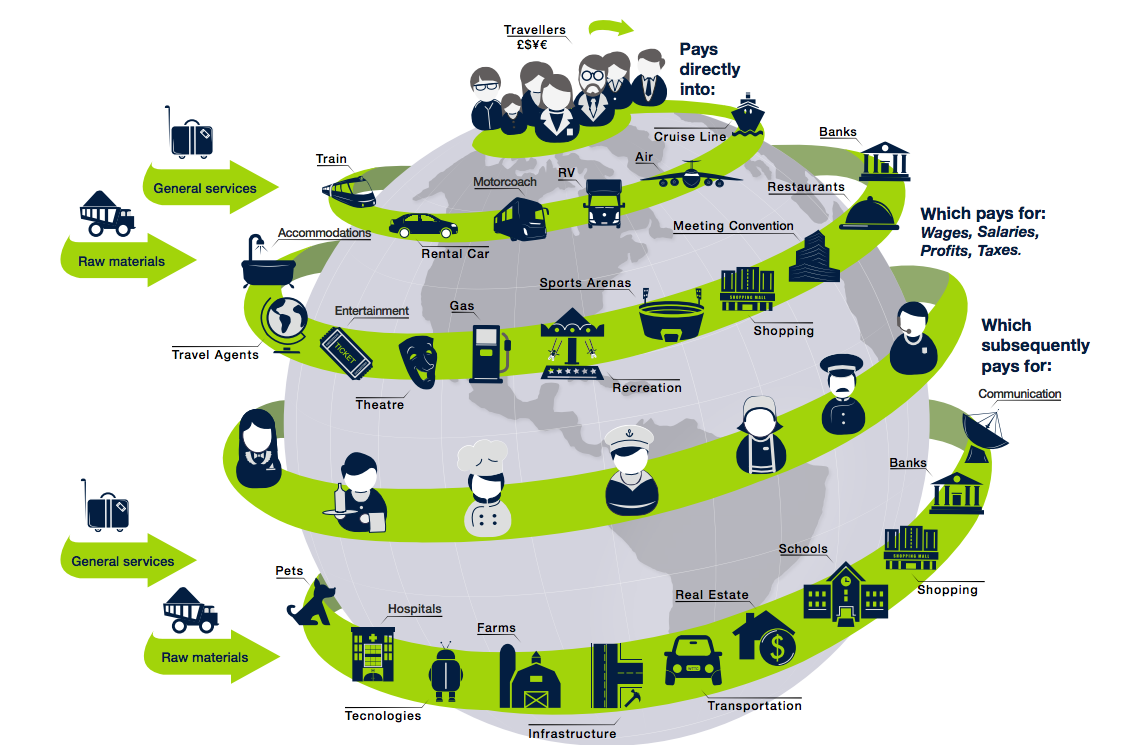 The money flow in the global tourism industry. Courtesy of the WTTC.

Chart two: What constitutes the global tourism industry, often a source of confusion even among the industry players. This shows the direct, indirect, and induced contributions of tourism and its various sub-sectors. 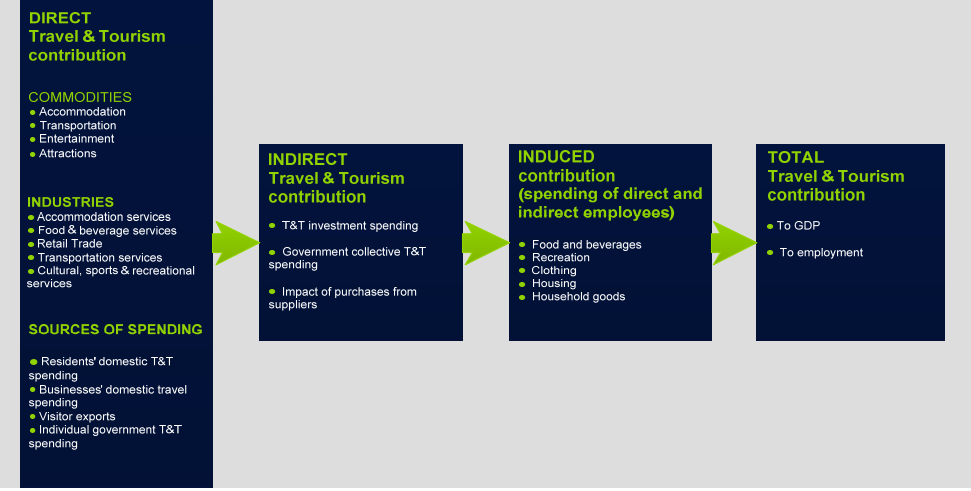 Chart three: The hard numbers in tourism. All topline indicators are on the up, as the world recovers from the economic crisis in fits and starts. The big number to keep in mind: tourism constitutes 10% of  the world’s GDP. 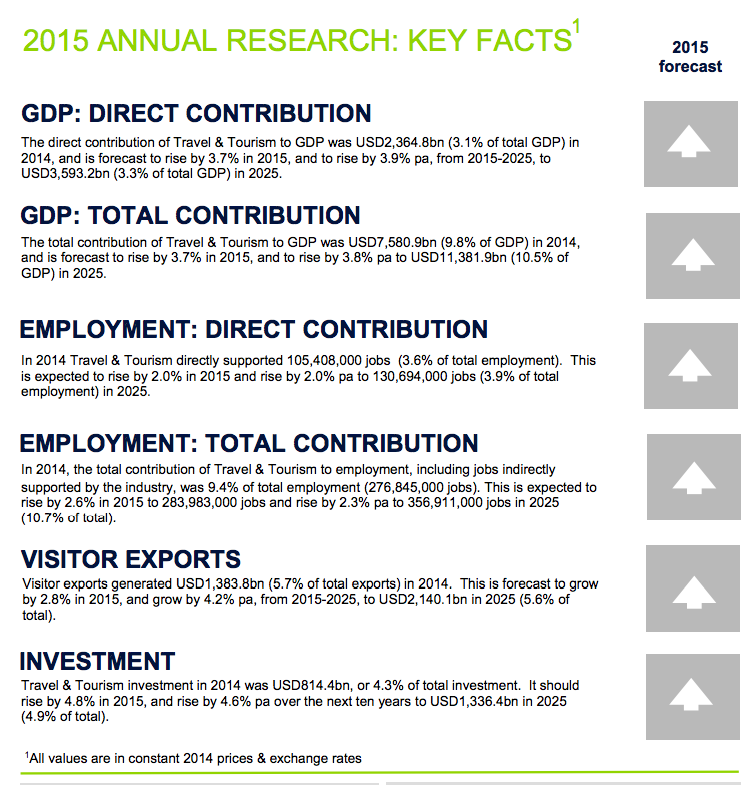 Chart four: A breakdown of the 2014 numbers, with the GDP contribution of travel touching $8 trillion in 2015 and rising to almost $12 trillion a decade from now. 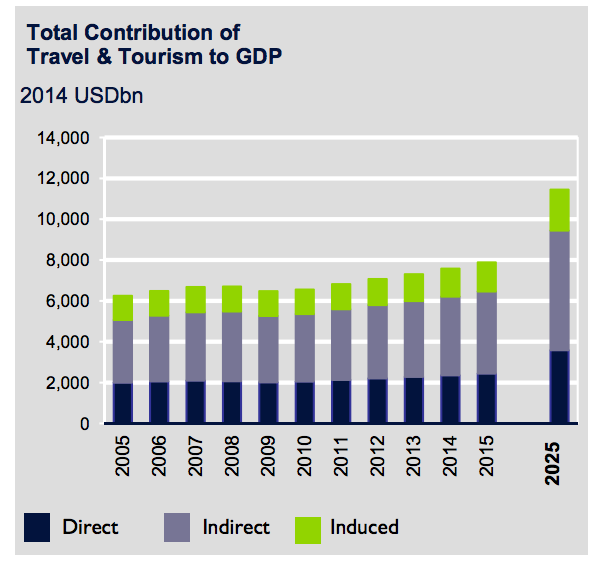 Chart five: Tourism employment and what that means for the GDP. About 105 million people were employed directly in tourism in 2014, and with other indirect and induced sectors, it adds up to about 277 million jobs, about 10% of world employment. 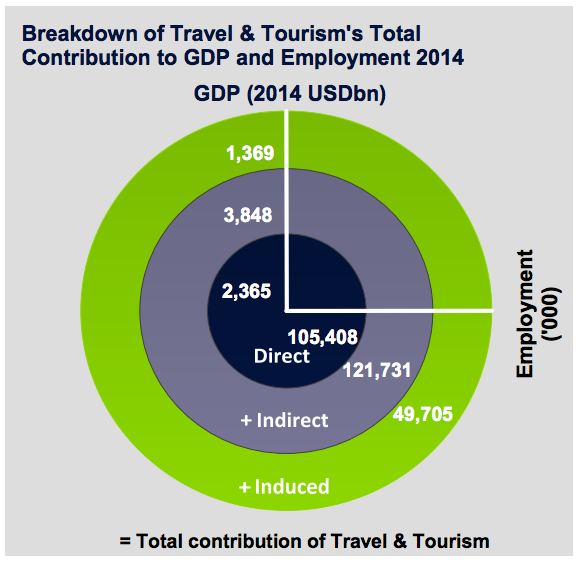