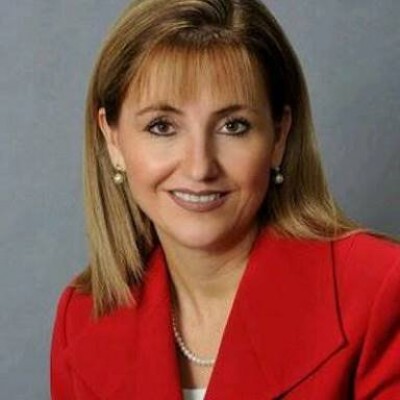 The World Travel and Tourism Council (WTTC) has announced the appointment of Gloria Guevara Manzo as its new President and Chief Executive.

A former Minister in the cabinet of Mexican President Felipe Calderón, Guevara served as Secretary of Tourism for Mexico and Chief Executive of the Mexican Tourism Board from 2010 to 2012.

Prior to that she worked for global distribution system Sabre where most recently she was Chief Executive of Sabre Mexico, reporting to the board of directors of a joint venture between Aeroméxico, Mexicana and Sabre Holdings.

Currently she is Special Advisor on Government Affairs for the Centre on Health and the Global Environment at the School of Public Health, Harvard, USA.

Announcing Guevara’s appointment, WTTC Chairman Gerald Lawless stated “Gloria is a proven leader who is well known and well respected within the global Travel & Tourism sector. I am delighted that she will lead WTTC into the next phase of its development.

“Gloria was chosen from a competitive field of international candidates. With a career encompassing senior roles across private sector, government and academia, she brings a unique combination of experience and expertise.”

Reflecting on her appointment, Guevara stated “I am excited to be taking up the role of President and CEO of WTTC. Over the past few years, WTTC has grown enormously in stature and impact. I look forward to building on this great foundation to expand the Council’s advocacy work for travel and tourism, a sector which accounts for 10% of the world’s GDP and one in 10 jobs.

“This is a critical time for travel and tourism and the 292 million people whose jobs depend on it.

“Future forecasts are strong, but with ongoing terrorism and environmental challenges, compounded by a world which is simultaneously ever more connected yet increasingly divided, now, more than ever, the sector needs to come together with one voice. Travel and tourism needs to show not only its economic importance but also how it is committed to creating sustainable livelihoods, protecting nature and cultures, and asserting itself as a responsible and leading player in this fast-evolving world.

“I am looking forward to working with the Chairman, Vice Chairs, Executive Committee and Members of WTTC to ensure that the voice of the travel and tourism is heard and understood by governments around the world.”

WTTC is the world authority on travel and tourism with a membership which comprises over 150 chief executives of the world’s leading tourism companies. It is the only global private sector organisation representing the breadth of the global business and leisure travel industries.

Guevara, a Mexican national, is married and has a son and a daughter.