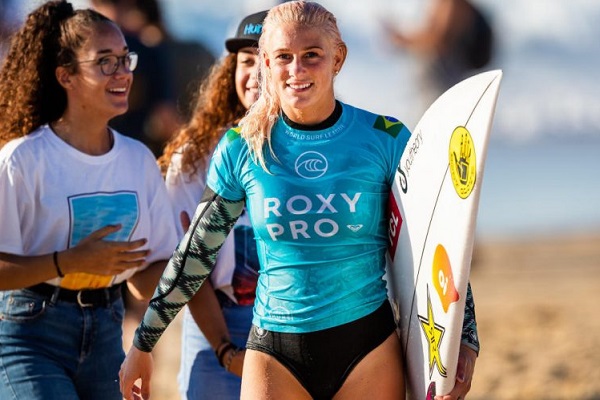 A historic 10-year agreement has been reached between the World Surf League (WSL) and the global professional surfers’ representative body, World Professional Surfers (WPS), marking the longest partnership agreement in history between the two groups.

With surfing included for the first time as an Olympic sport in the 2020 Tokyo Games, this agreement between the WPS and the WSL comes at a pivotal time in the sport’s history and will ensure stability and alignment for a decade to come.

Welcoming the agreement, WPS Chief Operating Officer, Christian Beserra stated “the working relationship between the WPS and the WSL has strengthened significantly in recent years and we’re very pleased to announce the 10-year agreement between the surfers and the League today.

“It’s a great symbol of the long-term commitment, trust and confidence the surfers have in the WSL and the direction that ownership and management are taking the sport of surfing.

“It will be great for the athletes to continue to have a world-class platform to perform on for many years to come.”

Since 2015, when it was known as the ASP, the WSL has invested heavily in the quality of venues, broadcast-quality, and promotion of professional surfing, which has resulted in quantum advances in performance from the world’s best surfers, as well as impressive growing interest from fans, media and partners around the world.

WSL Chief Executive, Sophie Goldschmidt added “we pride ourselves on having close working relationships with our surfers and today’s announcement is hugely symbolic of that.

“The 10-year agreement is fantastic in terms of confirming our alignment with our surfers, as we look to continue to deliver the best surfing via our channels and events for our fans and partners, to further build on the significant growth over the past few years.

“We look forward to continuing to work closely with our surfers to deliver even more access and value to fans, media and partners moving forward.”

Surfing as a sport has evolved considerably in recent years with the surfers, themselves, transforming the way they train, engage with fans, compete with one another and perform on the world’s most dynamic field of play.

WPS founder, Greville Mitchell concluded “WSL has been of huge benefit to the Surfers, providing progress, continuity and stability to the Surfers and the Tour.

“This can only be excellent news for both the Surfers and the Tour.”