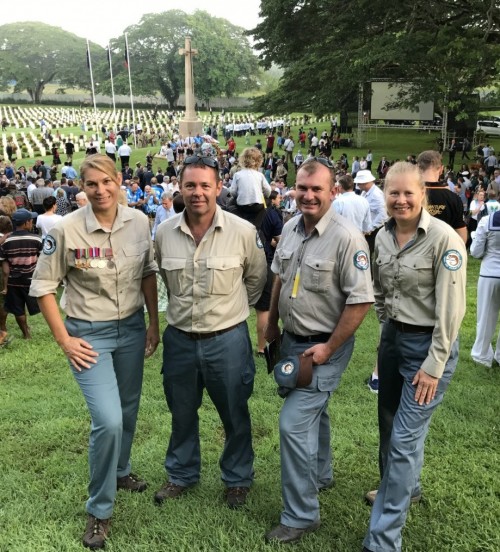 The work of Queensland Parks and Wildlife Service (QPWS) in the aftermath of Tropical Cyclone Debbie has been acknowledged today, 31st July - World Ranger Day.

Queensland National Parks Minister Steven Miles said World Ranger Day was an opportunity to acknowledge the tireless efforts of rangers behind the scenes in getting Queensland parks re-opened in record time.

Minister Miles stated “people from across the globe come to Queensland to camp, climb and hike through some of our beautiful great walks.

“Thanks to the tireless efforts of our rangers, 216 of the 223 impacted parks and forests are now open and seven are partially open to visitors which is an incredible achievement.

“Managing fires, weeds and feral animals can be tough, dirty and physically demanding work at the best of times.

“But in a post-cyclone environment, there is a huge amount of work needed to repair and clean-up our national parks, forests and marine parks, including the Great Barrier Reef Marine Park, to the standard visitors expect.

“I am pleased to say that QPWS will expand its ranger frontline by recruiting 31 new rangers over the next four years.

“I hope Queenslanders will join me in celebrating the critical work our rangers do to keep our diverse estate of 1,047 parks, forests and marine parks looking beautiful for the rest of us to enjoy.

“My thanks go to the 795 men and women of the QPWS for their hard work on the front line to preserve our parks and ensure the safety of visitors.” 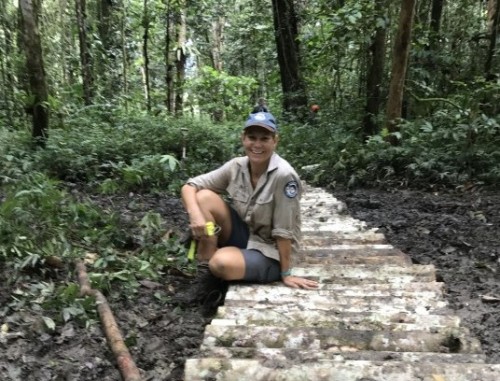 Minister Miles also announced an expansion of the national parks protected estate, adding “I am also pleased to announce on World Ranger Day that three new nature refuges have also been declared, thanks to landholders signing agreements with the (Queensland) Government.

“More acquisitions and additions to the protected estate are in the pipeline.”

Acknowledging the significance of World Ranger Day in the ACT, Jasmine Foxlee, Manager of Visitor and Community Programs for ACT Parks and Conservation advised “World Ranger Day was created to honour rangers who have been injured or lost their lives in the line of duty and to celebrate the work rangers do to protect the world’s natural and cultural heritage.

“Our rangers assist endangered species re-establish themselves in the region. This covers everything from the corroboree frog breeding programs at Tidbinbilla, to the bettong and quoll re-introduction programs at Mulligans Flat.

“World Ranger Day is also a day to remember those environmental custodians who lost their life in the role. It is estimated that over the last 10 years more than 1,000 environmental custodians have lost their lives in the job. Around the world each day rangers put their lives at risk conserving threatened species from illegal hunters, protecting wild places and battling raging bushfires.”