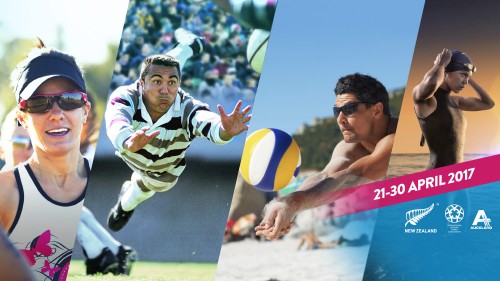 More than 28,000 athletes and supporters will flood to Auckland next week in advance of the opening of the 2017 World Masters Games.

From 21st to 30th April, athletes will compete across 28 sports in 45 disciplines at 46 venues throughout the Auckland region, as well as two venues in the Waikato.

In some sports, competition numbers were filled last year, with Games organisers working with sports partners and venues to increase capacity.

WMG2017 Chief Executive Jennah Wootten explained “we are keen to accommodate as many athletes as possible but there is a limit to the number of participants that can compete in many sports, particularly team sports, due to venue capacities.”

Wootten says since registrations opened in February last year, they have been on a ‘first come, first served’ basis with prospective athletes encouraged to get their registrations in early to secure their places.

She added “we’re thrilled but not surprised by the response from around the globe, which says plenty about the value athletes place on the World Masters Games.

“It’s one of the few global mega events for amateurs and elite athletes alike, it’s all about participation and it only takes place every four years.

“We know people are typically attracted to World Masters Games for the competition, the social aspects and the destination, and the response so far suggests Auckland and New Zealand are seen as ticking all those boxes.”

Among venues, Pakuranga Rugby Club will host all rugby events beginning on 22nd April and running every day through the week except ANZAC Day and 28th April.

Baseball will also be held at Lloyd Elsmore Park with matches taking place every day from 21st to 30th  April.

The Government ($11 million) and Auckland Tourism Events and Economic Development on behalf of Auckland Council ($11.75 million) have invested approximately two thirds of the $35.85 million required to stage the event with the remainder to come from registration fees ($8.5 million) and commercial sponsorship ($4.6 million).

The World Masters Games is the world’s largest multi-sport event by participation numbers.

Endorsed by the International Olympic Committee, its purpose is to encourage people to retain their passion for sport through life as a pathway to health and wellbeing, friendship and understanding.

The games begin on Friday 21st April with an opening ceremony at Eden Park and wrap with a closing ceremony at the city’s Queen’s Wharf on 30th April.