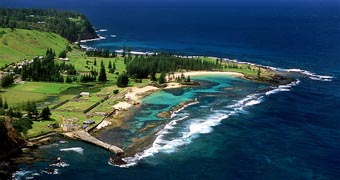 The sites include Old Government House and Hyde Park Barracks, in NSW, Port Arthur, in Tasmania, and Fremantle Prison, in Western Australia.

Minister Garrett said he was delighted at the committee's decision which he said was "great news for Australia."

"World Heritage listing is incredibly important because it is global recognition of places that have universal significance and very high cultural or natural value. So this is a huge day for Australia."

"Together these sites tell a story that is central to modern Australia. It is the story of how people were transported in exile from one side of the world to the other and how a new nation was formed from hardship, inequality and adversity.

"Visiting historic sites such as these is a way for us to connect with those who played a critical role in the development of Australia as a modern nation.

The 11 convict sites are also included on the National Heritage List and are protected under national environment law.

The listing will be the 18th World Heritage Listing for Australia, which also lists the Great Barrier Reef, the Sydney Opera House and Uluru among World Heritage sites.