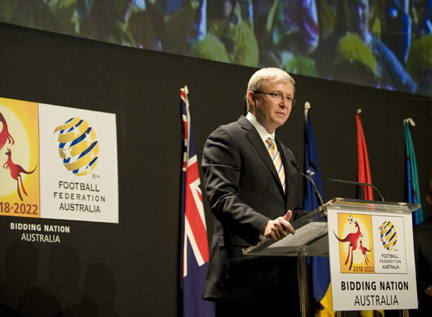 Australia plans to spend $2.48 billion on stadiums and infrastructure if it is awarded the right to host the FIFA World Cup in 2018 or 2022.

The bid document has the event hosted in Sydney, Melbourne, Brisbane, Perth, Adelaide, Gold Coast, Canberra, Newcastle, Geelong and Townsville showing shows new stadia to be built in Perth, Canberra and the Sydney suburb of Blacktown, while nine other venues would be renovated.

The stadiums to be upgraded and have their capacity either permanently or temporarily increased include Sydney's ANZ Stadium (pictured below), Sydney Football Stadium, MCG, Geelong Stadium, Townsville Stadium, Adelaide Oval, Skilled Stadium on the Gold Coast, Newcastle Stadium and Brisbane's Suncorp Stadium. 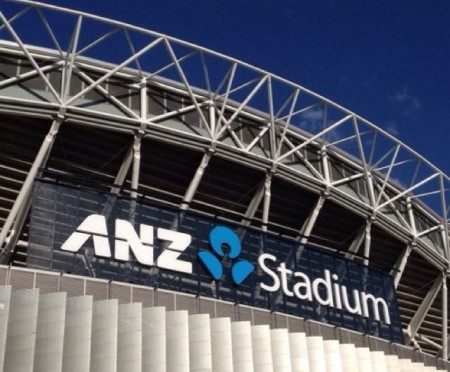 Football Federation Australia Chairman Frank Lowy explains that "the infrastructure investment will leave a legacy to all sporting codes in the nation before and after the FIFA World Cup for generations to come."

Australia's infrastructure costs are lower than the $4 billion rival bidder Qatar is primed to spend should it to host the tournament in 2022.

FIFA's 24-man executive committee will decide the hosts for the 2018 and 2022 World Cups in a vote this December. Japan, Qatar and South Korea are concentrating on bidding for 2022, believing Europe is favoured for 2018. Australia and the United States are bidding for either tournament, as are Spain/Portugal, Belgium/Netherlands, England and Russia.

Qatar's World Cup bid was featured in the January/February 2010 issue of Australasian Leisure Management while Australia's bid is reviewed in the May/June 2010 issue.