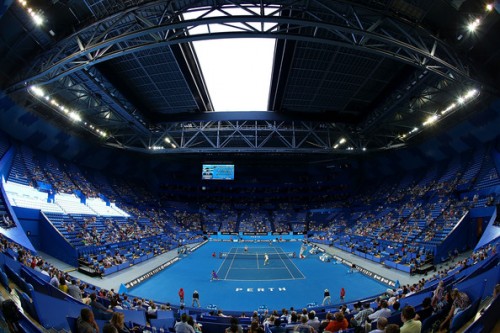 The Hyundai Hopman Cup 2014 is aiming to top this year's record-breaking debut at Perth Arena with a star-studded world-class line-up.

Western Australian acting Tourism Minister John Day said it would be one of the strongest and most evenly balanced fields in the 26-year history of WA's unique international mixed teams' event.

"A record-breaking 104,000 spectators attended the Hopman Cup in 2013 and the quality of the 2014 field is likely to give that mark a real nudge.

"Home town fans will have plenty to cheer about with Australia being represented by the nation's top ranked male and female players in Bernard Tomic and Samantha Stosur."

The Western Australian Government, through Eventscorp, is a founding sponsor of the Hyundai Hopman Cup.

Acting Minister Day added "when we talk about successful home grown West Australian events, the Hopman Cup is right at the top of the list.

"As well as generating huge spectator interest, the Hopman Cup is broadcast into 185 countries, including the State's key tourism markets, providing valuable promotion of WA.

"I want to congratulate the International Tennis Federation and Tennis Australia for again pulling together a great field of players that will thrill spectators and television viewers alike."

Tickets for the Hyundai Hopman Cup 2014 are on sale through Ticketek.

For more information go to www.hopmancup.com/