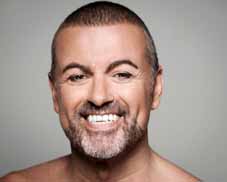 Venue Manager, AEG Ogden has revealed detials of the world-class music, entertainment and sport program it will deliver when the Perth Arena opens in November this year.

Humphreys explained "AEG Ogden has an extensive network of contacts within the entertainment industry and is working hard behind the scenes with a number of promoters and artists managers to secure quality shows that will appeal to people of all ages.

"To use a well known show-biz phrase,'you ain't seen nothing yet'.

"I am excited about the level of enthusiasm from performers wanting to be part of a new era in entertainment in Western Australia."

Humphreys said the event calendar, featuring a mix of music, entertainment and sport was looking "extremely healthy" and advised that as new shows were confirmed, details would be posted on the Perth Arena website.

He added "being able to offer a state of the art, world-class venue is the key to attracting the big acts to a city.

"We may have missed out on some big name touring artists in the past, but Perth Arena gives us a fighting chance to redress that situation in the future."

Humphreys said the overall response from hirers, suppliers and the wider corporate marketplace had been overwhelming, with the venue's commercial program consisting of official partnerships and corporate suites receiving strong interest.

Humphreys concluded "Perth Arena is destined to become an iconic and unique multi-purpose venue. It has been designed and built for optimum acoustic integrity and features a stunning and striking architectural design.

"Everyone involved in this project is fully committed and excited to be a part of this and unique period in Perth's history."

VenuesWest Chairman Graham Partridge said AEG Ogden and The Dainty Group should be highly commended on signing such a high profile performer to open the world class venue.

In addition to securing George Michael, the Western Australian Premier Colin Barnett gas also announced there would be a number of opportunities for the community to be involved in the opening celebrations. These include a free concert featuring bands from WA on 2nd November and a Charity Open Day featuring a range of entertainers, sports stars and local artists on 4th November.

Sitting within the new Northbridge Link precinct, the Perth Arena will form an integral part of the Perth CBD revitalisation project as an iconic building for the people of Perth and Western Australia, attracting premium entertainment, sporting and cultural events.

Expected to open in November 2012, the 15,500 capacity, state-of-the-art arena has been designed to maximise flexibility, and features a permanent tennis court surface, retractable roof and 36 corporate suites.

The Government of Western Australia has vested the ownership of the Perth Arena in VenuesWest, which has engaged AEG Ogden to manage the venue.

For more information go to www.pertharena.com.au