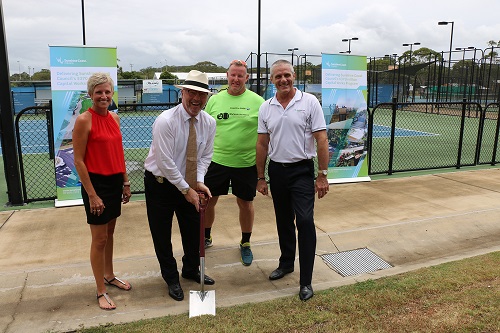 The second stage of a $5.6 million upgrade to the Caloundra Tennis Centre will start this month, as part of Sunshine Coast Council’s plan to position the centre as the Sunshine Coast’s premier tennis facility.

This $3.5 million stage of the project, which will include a new clubhouse, follows a $2.1 million upgrade in 2015. The centre will be known as Sunshine Coast Tennis Centre – Caloundra.

Advising that the upgrade will build on the Council’s plans for the venue to provide a great facility for locals wishing to have a hit of tennis, as well as a platform for those who are pursuing a pathway to elite competition, Sunshine Coast Mayor Mark Jamieson advised "our Council is already attracting national sporting championships and premier games in other sports and this major upgrade will enable us to draw large scale tennis events and training opportunities.

“It will also provide an excellent training facility for local players of all ages and offer an opportunity for player development programs to train and base themselves on the Sunshine Coast.” 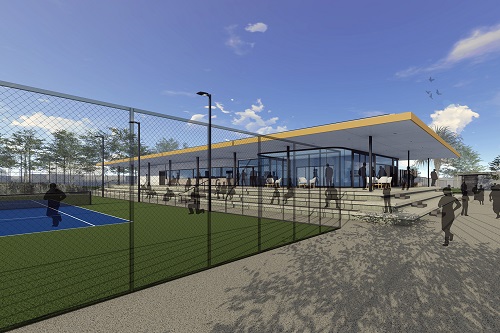 Advising that construction would be completed this year, Sunshine Coast Councillor Tim Dwyer added "through this upgrade, we will provide a modern, multi-use facility for social players and club members.

“This stage of work includes a new clubhouse facility for the growing Caloundra Tennis Club, spectator seating and car parking.

“The first stage in 2015 saw the rebuild of nine plexipave courts, including one show-court.

“The new clubhouse has been designed and positioned to highlight the show court. The view lines from the clubhouse to the courts will be much better.

“The already improved facilities have resulted in increased tennis participation and membership, so the new clubhouse will provide more space both for players and spectators.”

Construction is scheduled to start in February 2019 and is expected to be completed by the end of 2019.

19th May 2011 - Brisbane in the World tennis spotlight