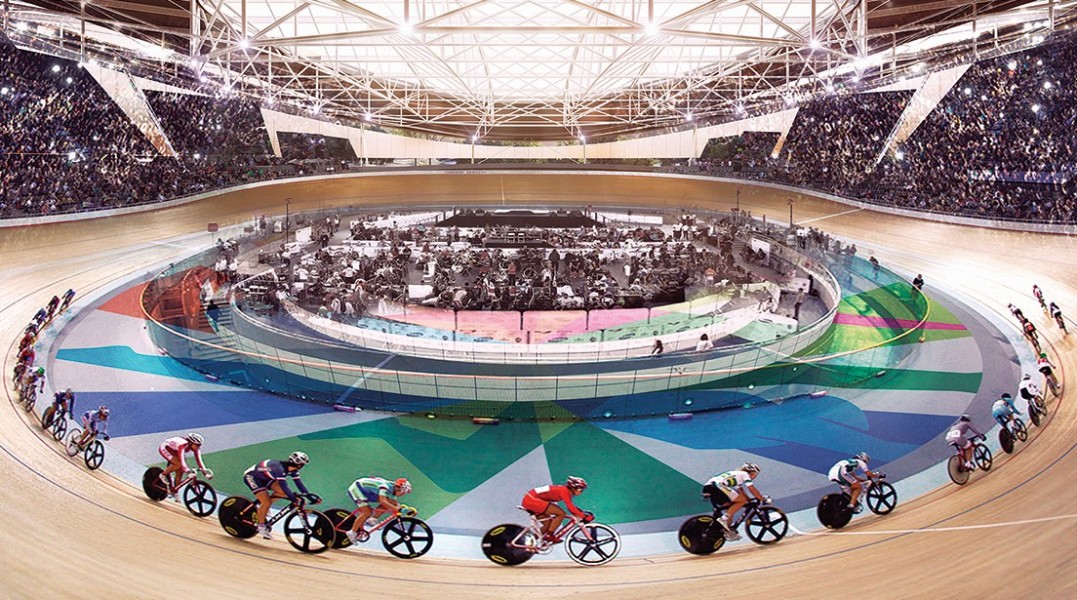 Work has begun on the Queensland State Velodrome Project – one of the centrepieces for the 2018 Gold Coast Commonwealth Games.

As Queensland’s first indoor velodrome, the $58 million facility is not being built for the 2018 Games but is intended to be a venue that will attract elite training squads and competition events to further the development of cycling in Queensland and Australia.

The new velodrome is being built at the southern end of the Sleeman Sports Complex in Chandler (alongside the Brisbane Super Cross track), which will allow the current velodrome to remain in use while construction of the new facility is underway. It will boast a world-class timber track and streamlined roof design to overcome the weather limitations of the existing outdoor velodrome, which was built for the 1982 Brisbane Commonwealth Games.

When complete the velodrome’s in-field area will have the capacity to provide for a range of additional sport and recreation uses through mixed-use sports courts.

Construction, being undertaken by Watpac, commenced before Christmas and is scheduled to be completed in mid-2016. The velodrome has been designed by sport architects Cox, through its Brisbane-based affiliate Cox Rayner Architects.

A separate contract is due to be awarded for the construction and design of the timber cycling track.