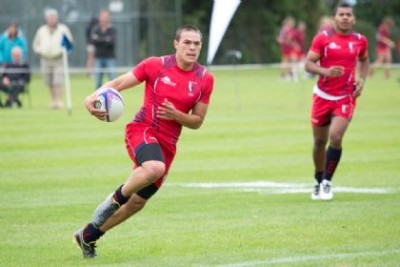 Approval has been given by the Board of Bay Venues Ltd to complete the final phase of developing a High Performance Sports Training Centre at Tauranga’s Blake Park as a top-class facility for talented athletes.

Bay Venues Chief Executive Gary Dawson recently confirmed that New Zealand Rugby will use the centre as a training base for both men’s and women’s Sevens teams, with other tenants due to be announced over the next month.

Dawson stated “it is an endorsement of what we are offering. It is recognition that we are creating a world class facility.

“We have said from the start it will be an asset for the city as it would be recognised nationally and internationally as a great place for skill development and sporting career growth.

“We are seeing this already. It will be used by New Zealand Rugby’s Sevens players, for example, as their training base as they head into a very important year leading up to the Olympics.”

Tauranga City Council has agreed to fund up to $1 million toward the project proposed by Bay Venues Limited. Bay Venues will then be tasked with raising the additional $2 million for the internal fit-out and purchase of gym equipment. Council’s financial input will cover the upgrade of the building in accordance with watertight and seismic requirements.

The project is set to be completed by the end of December 2015.

It will complement Tauranga’s existing facilities at the neighbouring Blake Park and other facilities run by Bay Venues, including Baywave, Mt Maunganui Hot Pools, ASB Baypark and ASB Arena.