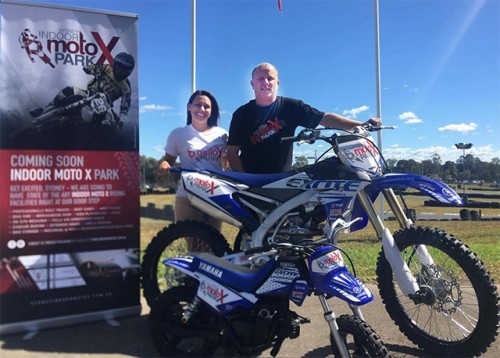 Having been approved by Blacktown City Council prior to Christmas, the proposed $5 million Sydney Indoor MotoX Park is to be constructed within the confines of Eastern Creek International Karting Raceway.

Having been approved by Blacktown City Council prior to Christmas, the proposed $5 million Sydney Indoor MotoX Park is to be constructed within the confines of Eastern Creek International Karting Raceway.

A specially built air dome from Arizon Structures will cover a two track-motocross stadium with the capacity for seating 6000 spectators.

After a lengthy process to present its plans to Council, Sydney Indoor MotoX owners Mattew and Barbara Bartolo are looking forward to the development getting underway, stating “we’ve had a lot of support from riders and the industry - of course all keen to know when we’re going to be built and operational, but it was a long process and we had to get it right.

“We wanted to ensure we had every piece of information Council needed before submitting the Application and in the initial phase for a speedy approval.” 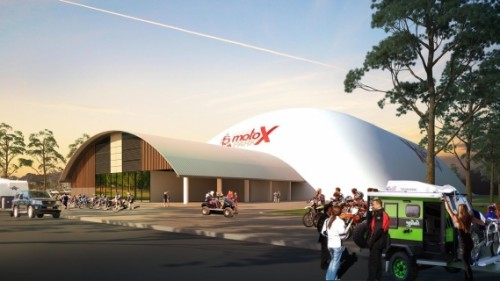 The Sydney Indoor MotoX Park’s link with the Eastern Creek International Karting Raceway is significant will encompass multi-million dollar upgrades to the karting facility’s outer grounds to allow for race team transporters and trailers to visit the facility.

Aside from the indoor tracks designed by an international track builder, Sydney Indoor MotoX Park will feature spectator seating, a cafe, merchandise and trade areas and a mezzanine area that can be used by spectators or turned into a corporate presentation area.

It will operate seven days per week from 7am to 10pm and will be climate controlled throughout the year.

“The most common reason given to police when they catch trail bike riders is that there is ‘nowhere for them to ride’. Once this motocross track is built, that excuse no longer applies.”

Construction of the MotoX Park is expected to tke about eight months to finish.