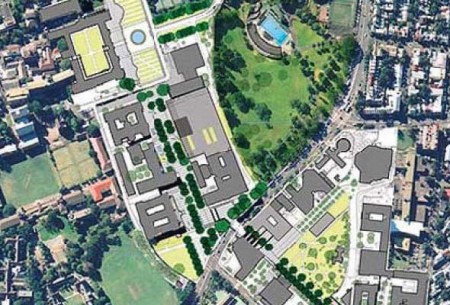 Work has commenced on a new six hectare urban park in the inner Sydney suburb of Chippendale.

The new $4 million urban park forms part of Frasers Property Australia's plans for the redevelopment of the old Carlton & United Brewery site, bordered by the city's Broadway and Abercrombie Streets. The development proposal includes approximately 250,000 metre2 of commercial and residential space, retention of a number of heritage buildings and the development of the new urban 6,500 metre2 park.

Chippendale currently has the lowest open space per person of any Sydney suburb.

Designed by Denmark-based Jeppe Aargaard Anderson and Australia-based Turf Design, plans include a major water feature located in the centre of the park, pedestrian and cycle paths, seating, public artwork and new trees and lawns.

Frasers Property Australia purchased the brewery site from the Fosterâs Group in 2007 and lodged its plans with the NSW Department of Planning in 2008. The scheme was approved at the beginning of February.

It is expected that the whole scheme will take up to 10 years to complete.