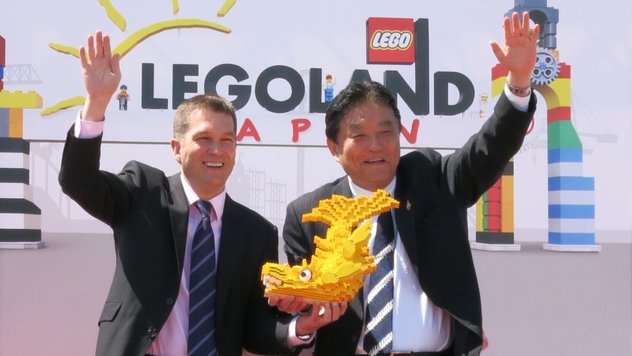 Construction work is underway on the world’s seventh Legoland theme park, and the third in Asia after Malaysia and Dubai.

Sited near the port of Nagoya on the Pacific coast of Japan’s main island of Honshu, the new attraction is scheduled to open in the spring of 2017.

Work on the new theme park commenced this week with Nagoya Mayor Takashi Kawamura and Nick Varney, Chief Executive of Merlin Entertainments, the United Kingdom-based operator of the facility, marked the occasion with a groundbreaking ceremony along with local kindergarten children.

Varney enthused about the location, given its easy access to Tokyo and other major cities.

The site covers 9.3 hectares and will feature rides, shows and theaters.

A recreation of Nagoya Castle using 225,000 blocks is also planned, just like other Legoland parks that feature local landmarks.

A commercial complex that will house shops and restaurants, as well as a hotel, is also planned.

Construction of a further Legoland in South Korea is set to begin before the end of the year while Legoland Dubai is due to open in 2016.