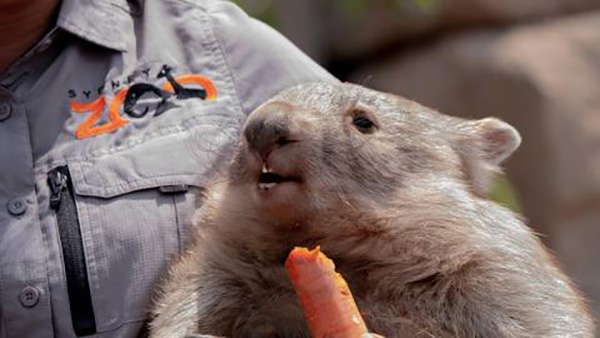 Sydney Zoo has partnered with Woolworths and through its Woolworths Stock Feed for Farmers program is utilising the supermarket's surplus fresh food as animal feed.

From chimpanzees, zebras, camels and even orangutans, animals at Sydney Zoo will be feeding on this surplus fresh food rescued from Woolworths - food that is no longer suitable for sale or human consumption - thereby playing their part in the circular economy.

Sydney Zoo joins over 750 farmers and community groups from around the country who access surplus fresh food from the supermarket. Last year more than 32,000 tonnes of surplus food no longer suitable for sale or human consumption went to feed animals both on farms and in zoos.

“This partnership will provide fruit and vegetables to Sydney Zoo to feed our animals, while reducing wastage across Woolworths stores.

“The support we receive from Woolworths through the Stock Feed for Farmers program will enable us to reallocate funds to establish important conservation and education work.”

In a bid to tackle the $20 billion food waste problem in Australia and its commitment to reduce food waste from going to landfill, Woolworths announced in June that 100% of its supermarkets now have an active food waste diversion program in place.

The programs include rescuing surplus fresh food and distributing it to hunger relief charity partners, donating stock feed to farmers or sending it for commercial organic composting.

Woolworths Head of Sustainability, Adrian Cullen noted “food is meant to be eaten, not thrown – which is why together with our customers, farmers and community partners, we’re working to keep good food out of landfill.

“Working with our partners OzHarvest, Foodbank and Fareshare to feed Australians who would otherwise go hungry is our number one priority when it comes to diverting food from our stores.

“We then work with local farmers and the likes of Sydney Zoo, so that surplus food, which cannot go to hunger relief, is used as feed for animals or for on-farm composting, to help further reduce any food waste.

“It warms our hearts when we see the beautiful animals at Sydney Zoo excitedly munch or nibble on our surplus fresh food.”