Countering reports that the annual event may no longer be held, Woodford Folk Festival Director Bill Hauritz has advised that the popular art and music festival will survive the Coronavirus pandemic and the shutdown of the live events industry.

While commenting that the impact of the Coronavirus pandemic has been "life-changing", Hauritz says that the Festival - Australia's largest music and culture festival - will continue even if it does not go ahead this December.

Speaking to the Brisbane Times, Hauritz stated “even if there is no festival at the end of the year, we are going to continue, no matter what.

"We are dedicated to the Woodford Folk Festival and its future so we will do whatever it takes to keep going into the future."

Speaking this week after the Gympie Music Muster confirmed it was cancelling its annual August event, Hauritz advised that a decision would be made in August to determine whether the festival would continue this year.

However, he advised that If the festival were to run this year, the format would have to change, telling the ABC “we're already past the point in time that we can scale up to a full-size Woodford Folk Festival

Noting that by August “(we will be able to) see what's happening and what the rules around it will be, but … it won’t be the same this year if it goes ahead at all.”

While the Festival's popularity had grown each year - with an aggregate attendance of more than 120,000 people, including performers, volunteers and staff (about 20,000 people a day) over its six-day period, its last edition was impacted by the bushfire season.

Hauritz (pictured below) explained “our attendance dropped as many people couldn't go because they were worried they might lose their homes.

"We took a hit and now another one, and when we cancelled our planting festival, which would have happened in May because of COVID-19, it's been a triple whammy." 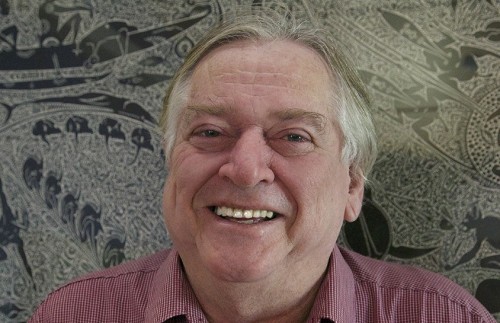 While noting support from Federal government for festivals, Hauritz is concerned about the impact of Coronavirus on the live performance sector, commenting “we're just one player in the scheme of things and I think it's unfair to think we can even offer that up.

"We're sympathetic with everyone in the arts because it was first to go and last to come back and every artist in us has lost their job.

"We should consider ourselves fortunate that we have our own site, which is an asset that can help us move forward."

Speaking about a potential "half-size" event, Hauritz added “we would have to let go of our amphitheatre program, probably drop the circus venue and a couple of others, probably reduce the numbers, put a cap on it.”

By contrast, if the festival does not go ahead this year, Hauritz fears that he financial impact "will be huge”.

While the festival had operated on its own land since 1994, Hauritz said organisers had continued to invest into the provision of infrastructure on the site, stating “any profits we've made over the years have gone straight into that.

With some of his small team of paid staff having lost their jobs and others receiving the JobKeeper payment, Hauritz said they had been reduced to "a smaller tribe", concluding “it's not a great time for us.

"But neither is it for anyone else."