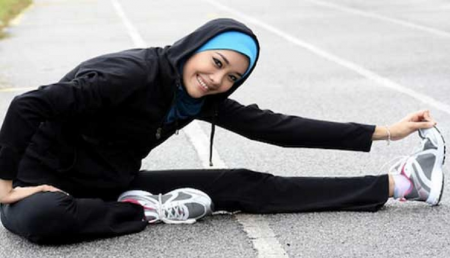 25 fitness centres across Saudi Arabia have applied for licences to become sports clubs for women following a recent legislative change.

According to the English language Arab News service, all of the clubs are currently making the necessary changes to their premises deemed necessary to obtain licensing from authorities.

The changes are understood to be to ensure the full segregation of males and females.

The country's Al-Watan newspaper reported earlier this year that the decision to allow women to form sports clubs had been granted in what is a major step for the Gulf's most populous country.

Saudi Arabia practises an austere version of Sunni Islam which prohibits women from mingling with unrelated men, as well as requiring them to obtain permission from their male guardians to work or travel. Women are also forbidden from driving.

Under current monarch King Abdullah though, the Kingdom has taken small steps in addressing the issue of women's rights.

In 2011, he ordered that women would be permitted to vote and stand in municipal elections for the first time for 2015. Late last year, he also amended the structure of Saudi's legislative and consultative Shoura Council so that 30 of its members are now women.

According to the World Economic Forum's Global Gender Gap Report 2012, Saudi Arabia is the fifth worst country in the world to be a woman. Yemen and Pakistan were deemed worst.