Women in Football Association looks to eliminate the ‘grass ceiling’ 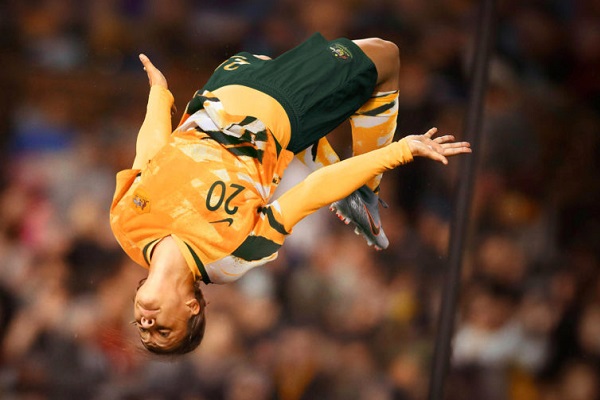 A new group aimed at promoting women in football has been launched today with vision to eliminate the 'grass ceiling' in the football industry in Australia.

The Women in Football Association (WIF) is a not-for-profit national member-based association that will operate independently of Football Federation Australia (FFA), which has its own Women’s Football Council.

The new Association is backed by former Matildas head coach Alen Stajcic, controversially sacked by FFA earlier this year, who, in a post on YouTube as part of WiF's promotion material, stated “how can we open more opportunities and give more access to females in our game, whether it’s on boards, as coaches, as players, as fans, as members of clubs.

“How can we open those doors to make this game accessible to everyone in our country?"

WiF has eight committee members, including the Chief Executive of the Alannah and Madeline Foundation Lesley Podesta, former SBS newsreader George Donikian and former FFA Head of Communications Bonita Mersiades, who will be WiF's President.

Despite the potential overlap of roles between WiF and the FFA's Women’s Football Council, FFA Chairman Chris Nikou has welcomed the new body.

As part of the WiF press release, Nikou advised "from my perspective, anything that encourages and supports more women to get involved in our game, the better."

Mersiades, a critic of the FFA since she left its employment, ran for the role of independent Chair on the FFA Women’s Council late last year after Football Victoria supported her nomination.

However, her nomination wasn’t supported. Mersiades blamed politics in the game as the reason in a post on Twitter.

At today’s launch, Mersiades outlined WiF's aims, commenting “Women in Football is not about football politics.

"It’s about empowerment, inclusion, diversity, developing the talent pool, getting the best people in the right roles, and ultimately, contributing to the advancement of football in Australia."

For more information go to womeninfootball.org.au