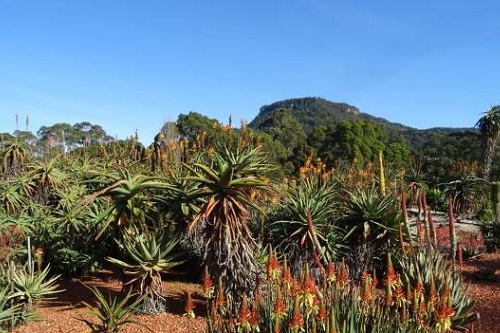 The Botanic Garden joins a select group of 11 gardens from the US, UK, Netherlands, Mexico, Slovenia and South Africa that recently received the Accreditation, which recognises excellence in plant conservation, policy, sustainable practices and education.

BCGI is an independent organisation based at the Royal Botanic Gardens in the London surburb of Kew.

With a network includes more than 500 botanic gardens in 99 countries, is aim is to unite international organisations in their commitment to saving the world’s threatened plant species.

“This accreditation provides our Botanic Garden with global and local recognition and places us in the company of some renowned gardens across the world like Hortus botanicus Leiden, in the Netherlands and The Eden Project in the UK,” said Karen Holmes, Curator of Wollongong Botanic Garden [Acting]. “It shows that the work we are doing in the Botanic Garden, such as monitoring and propagating the rare Banksia vincentia and our work in propagating more than 1,000 specimens of the critically endangered Bomaderry Zieria, and our support of scientific research is recognised internationally.”

The Botanic Gardens Conservation International (BGCI) was established in 1987 to link the botanic gardens of the world in a global network for plant conservation.

In May, the Botanic Garden was one of seven international Botanic Gardens to receive the BGCI’s Botanic Garden Accreditation. The accreditation recognises gardens that have a conservation-oriented approach and follow industry best practice and this latest recognition builds on this previous award showing a greater commitment to support plant conservation.

For more information on the important work the Botanic Gardens Conservation International does and their accreditation process visit their website.

The following botanic gardens are the first recipients of BGCI’s Conservation Practitioner Accreditation: