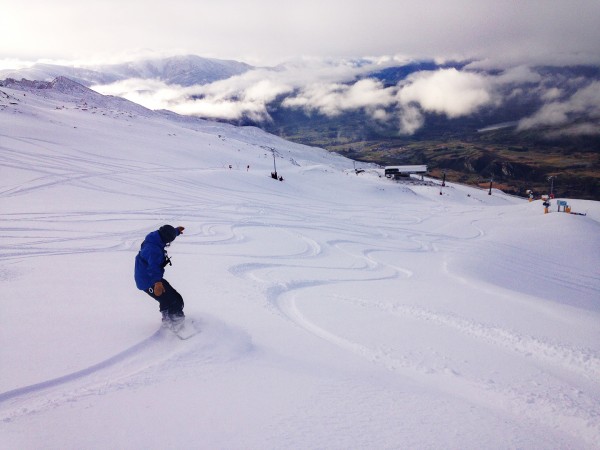 A healthy 31 centimtres of snow had fallen at The Remarkables base building by 3pm today (Wednesday 7th September) with Coronet Peak having received 15 centimtres and counting.

Snow at both mountains continues to fall heavily and steadily.

The Remarkables Ski Area Manager Ross Lawrence says snow has blanketed trails with wind-blown powder pockets off-piste, stating “visibility’s been variable and wind conditions are definitely wintery, but those up here are wrapping up warmly and enjoying some great powder with at least another 10cm still to come in this evening’s forecast.

“We may well see more snow flurries into tomorrow, and Friday’s looking likely to be a bluebird day with the best winter snow you’ll see in spring!

“It’s not unusual for September to lull us into enjoying spring conditions and warmer temperatures then hit us with a reminder that winter’s still got a sting in its tail.”

Today’s snowfall has come just days after ski area operator NZSki launched the Queenstown Spring Pass, offering unlimited skiing and riding until the end of the season at Coronet Peak and The Remarkables.

The spring deal, only $299 for adults and $199 for youth & senior means skiers and riders can ski for up to another three-and-a-half weeks for less than the price of four days’ lift passes. 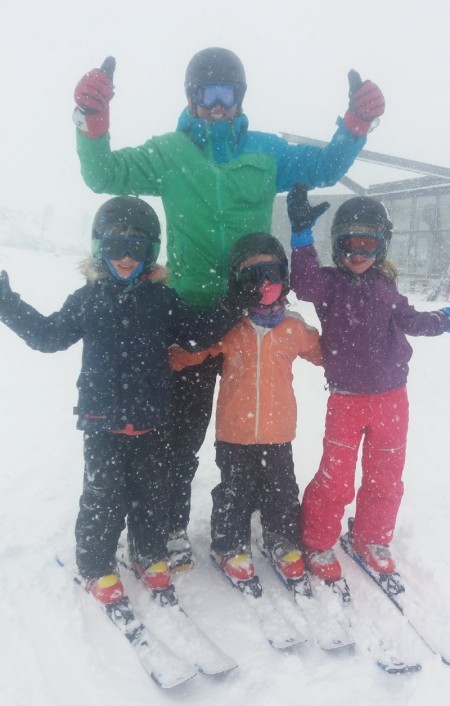 NZSki Chief Executive Paul Anderson says the new snow couldn’t have come at a better time for those who’ve already bought the Spring Pass or those who are thinking of doing so.

Anderson explained “spring skiing’s traditionally about bluebird days, T-shirts, less crowds and maybe a cheeky chill out session at one of our stunning Ice Bars.

“Today’s weather might not quite fit that picture, but it’s giving us that perfectly-timed top-up of chalky winter snow.

“Cooler temperatures in the forecast over the next ten days or so will help keep the snow in superb condition and the sunshine’s definitely coming back, so the Spring Pass is amazing value for those who don’t already have a season pass or might want to take a lesson or two.”

For more information go to www.nzski.com