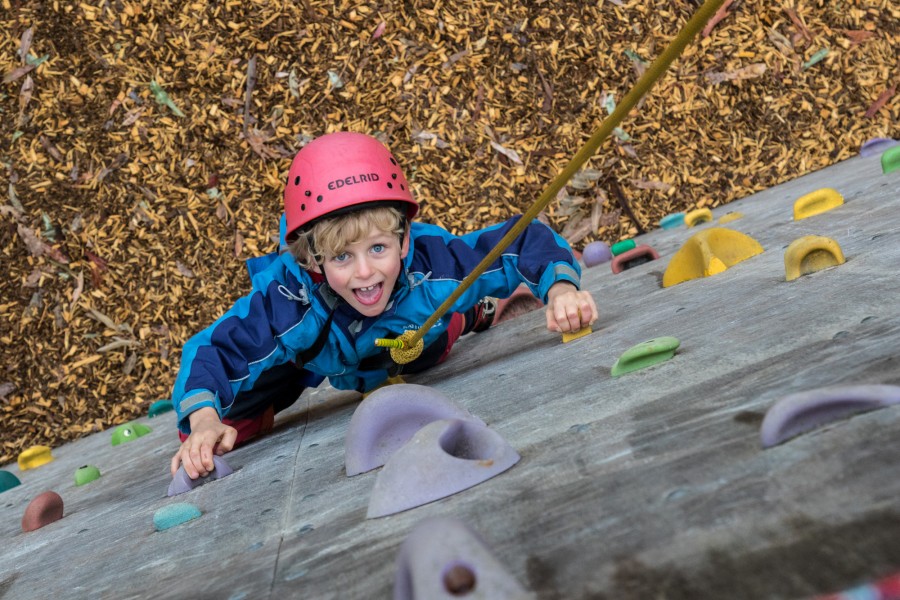 With the aim to encourage ‘more kids to be more active outdoors more often’, hundreds of youngsters, parents and carers braved challenging weather conditions to enjoy a myriad of adventures, including an overnight camp out, in what organisers say was another successful outing for the festival, now in its third year.

The event attracted more than 450 children and adults over the course of the weekend with 171 opting for an overnight camp out.

Gathering clouds did nothing to dampen the spirits or energy of attendees from across the state and indeed interstate as they headed out on a roster of facilitated activities exploring the township’s natural landscapes. Active options included mountain biking, trail running, estuary investigations, stand up paddle boarding, surfing, fishing, and canoeing along with a raft of others. Two of Anglesea’s leading recreation camps, YMCA Anglesea and Camp Wilkin hosted a big line-up of fun, including plenty of thrill-seeking options from high ropes and vertical challenges to an 18-metre high giant swing. Cultural indigenous activities included boomerang art, Aboriginal face painting and Dreamtime games, while traditional camping favourites such as hut building and bush cooking - including obligatory damper making - were popular. 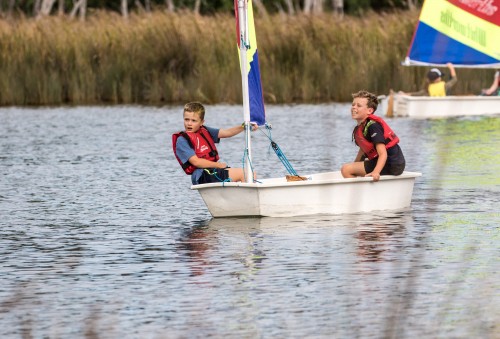 Emphasising the aim to build simple coordination, risk judgement and resilience was the ‘Building Resilience Zone’ at the event hub, mentioned by many kids as a favourite, perhaps because of its ‘no adults allowed’ rule.

Event spokesperson, Vicki Chrzanowski, Manager of the YMCA Recreation Camp, explained “just to see the kids’ faces light up at each activity is so rewarding.

“It’s amazing to watch as parents oversee children attempting things they never thought they would, pushing boundaries of what they thought possible, and experimenting with new outdoor activities they may never have experienced before – it is a very powerful event in terms of laying the foundations for a happy and healthy adulthood, hopefully with a lifelong connection to nature.”

Co-organiser and camp host, Peter Stewart, from Baptist Camping’s Camp Wilkin, believes the KAOS event provides a unique way to introduce the outdoors not only to a new generation but also to parents who may not have had an outdoors upbringing themselves.

Stewart added “the idea is to give kids and parents a little taste of the huge number of ways we can engage actively and safely with the outdoors, and then provide them with pathways to pursue those activities they enjoy the most with a view to developing a lifelong affinity with the outdoors.”

KAOS Anglesea was conceived in response to a growing recognition that many children spend unhealthy amounts of time indoors which experts believes contributes significantly to emotional, psychological and health problems during childhood, all of which have the potential for ongoing, negative impacts that span a lifetime. 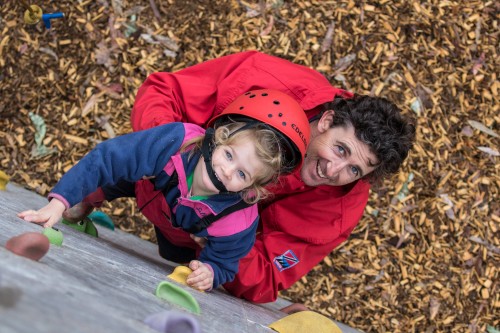 The event was produced as part of the Victorian Government’s Premier’s Active April initiative and Nature Play Week.

Raylene Fordham, Executive Officer of the Business and Tourism Anglesea Association, concluded “we’re very proud of what we achieved this weekend at Kids Adventure Outdoors Anglesea.

“The event attracted more than 450 visitors who all enjoyed the amazing natural attractions of Anglesea, from the beaches and estuaries to the trails and riverscapes, as well as all the games and activities hosted at the event hub and the amazing facilities on offer at each of the recreation camps.”

For more information go to www.kidsadventureoutdoors.org.au