Wicked casts its spell on Singapore 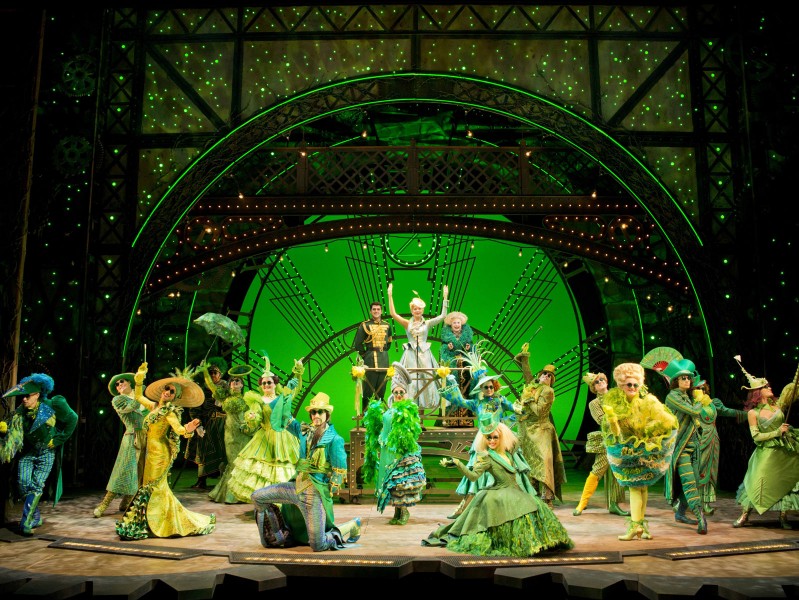 Wicked, the record breaking musical, has opened in Singapore.

The production, which opened at Marina Bay Sands' Grand Theatre on 9th December has previously been described by the New York Times as "one of the most successful shows in Broadway history" and now it is Singapore's turn to be enchanted by the award-winning musical and be part of the 30 million people worldwide who have been spellbound by this production.

Since opening at the Gershwin Theatre on Broadway in October 2003, Wicked has regularly broken box office records, grossing more than $US1.6 million a week, and has been seen by nearly six million people on Broadway.

It has also earned 35 major awards including a Grammyï¾® and three Tony Awardsï¾®.

In London, Wicked had the highest weekly gross in West End history, while in Tokyo and Stuttgart it again set new box office records. After three years, Wicked completed its tour of Australia this year during which it has been seen by over 1.5 million people ï¾ which is equivalent to more than 1 in 20 Australians.

Wicked Producers Marc Platt and David Stone explains "we are very excited for Wicked to premiere at Marina Bay Sands in Singapore and trust that audiences there will embrace it as warmly as those in North America, the UK, Japan, Germany, Holland, and Australia.

"It is a testament to the show's storytelling power that audiences from around the globe continue to embrace its universal themes."

BASE Entertainment Asia's Managing Director Milan Rokic adds "enthusiasm for the arrival of Wicked (in) Singapore has been tremendous. This production is a first class event and we welcome its arrival to Singapore. The set of Wicked on the Grand Theatre stage at Marina Bay Sands looks spectacular and the cast have been rehearsing hard in Melbourne, so expect to be wowed by unbelievable performances and dazzled by the thrilling music, the intricate costumes, beautiful lighting and stunning physical production. Get ready Singapore, you are in for a treat."

May Tham, Managing Director of MediaCorpVizPro International says, "over the years, we have seen a steady growth in the appreciation of and demand for world-class musicals here. Wicked is one such award-winning production that comes with an amazing storyline and stunning settings. We are confident that Wicked will be a resounding success in Singapore."

Based on the novel by Gregory Maguire, Wicked features music and lyrics by Stephen Schwartz (Godspell, Pippin, Academy Award-winner for Pocahontas and The Prince of Egypt) and a book by Winnie Holzman (My So Called Life, Once and Again and thirty something). The production features musical staging by Wayne Cilento and is directed by Lisa Leguillou, based on the original direction by Joe Mantello.

The Singapore Production of Wicked is produced by Marc Platt, David Stone, Universal Pictures, the Araca Group, Jon B. Platt, and John Frost. Wicked is jointly presented by BASE Entertainment Asia and MediacorpVizpro International and is backed by official sponsors including Canon; Sompo Japan and Tenet Insurance.

For more information go to www.wickedthemuscial.com.sg