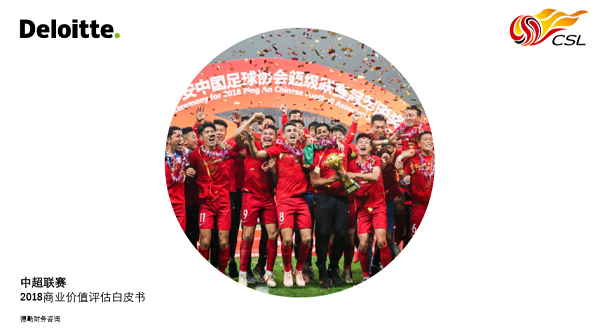 The white paper was jointly compiled by Deloitte Technology, Media and Telecommunications (TMT) Industry, Deloitte Financial Advisory and CSL, with the project having started in September 2018.

According to the white paper, the Chinese Super League has witnessed some very positive and significant growth during the 15 seasons of its history in area such as overall revenue, sponsorship and media rights fees and the brand image of the league.

In media broadcasts and viewership, CSL plays a significant role in the Chinese market and among Chinese fans as a Chinese domestic football property, reaching more broadcasts hours and higher TV viewership ratings than most of the overseas football leagues.