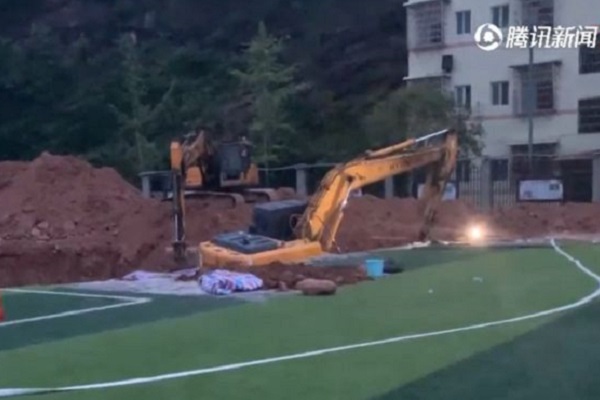 The remains of a teacher who disappeared more than 16 years ago in China have been found buried beneath the school he worked at.

As reported by Beijing News, officials in the central city of Huaihua advised that Deng Shiping had refused to approve a new sports facility because he felt it had been poorly constructed.

A man reportedly involved in building the site has now confessed to Police that he killed and buried Deng in January 2003.

Six men also believed to be builders were arrested along with him.

Deng's remains were discovered beneath the running track of Xinhuang Middle School on Thursday, with footage posted on social media showing investigators cordoning off and examining the area.

Deng's son told local media his father had been tasked with overseeing the construction of the sports facility.

But he later filed a complaint alleging that Du Shaoping, the man who has since confessed to the killing, had embezzled funds and skimped on building materials.

He told Hongxing News "the field and track were being built by the principal's relatives.

"He believed there to be serious build quality concerns, and that they were cutting corners.

"He refused to sign off on the work and reported it to the county government. Then he disappeared."

Deng's brother also told local media "we had long suspected that his disappearance was linked to him being a whistleblower."

The remains have been sent for further testing and investigations into the crime are ongoing.

10th May 2016 - China sports ministry accused of inaction over corruption