Whales gathering at Head of Bight for Australian calving season 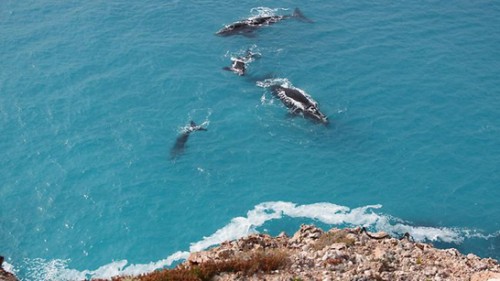 The first southern right whales have arrived at South Australia’s Head of Bight, marking the beginning of what is expected to be another bumper whale watching season.

Two whales were seen in the shallow waters early last week with further sightings occurring over the weekend. The whale season typically runs from May to October at Head of Bight near the remote Nullarbor Plain in South Australia.

Last year, a team of researchers from Curtin University counted up to 172 whales including 81 mothers with calves on a single day – a record since data began being collected in 1991.

The centre, perched atop the Bunda Cliffs overlooking the Bight, includes several boardwalks and viewing platforms.