The Ardent Leisure Group has revealed a fall of 34.3% in revenue at its Gold Coast theme parks during the last quarter, despite good visitation numbers during the first three months of the year.

In its third quarter update for the 2016/17 financial year, the Group advised that the Gold Coast experienced a 159% increase in total rainfall versus the same time a year ago, including greater rainfall occurring on weekend days.

In addition, its Dreamworld, WhiteWater World and SkyPoint were forced to close briefly during the recent heavy rain on the Gold Coast from Tropical Cyclone Debbie, although no damage or flooding occurred.

Despite the drop in unaudited revenues to $3.1 million, compared to the previous corresponding period, Ardent said its theme park recovery remained on track, following the tragic deaths of four people after a ride malfunction last year.

Ardent Chief Executive Deborah Thomas explained “the group has undertaken a number of initiatives in the lead up to the Easter and school holiday trading period, including developing strong retail offers as part of the new brand positioning campaign, 'Let your imagination play'."

Thomas added that the LEGO certified store is expected to perform strongly, supported by the release of the new Batman LEGO movie.

The Main Event Entertainment bowling alleys business reported a 25.1% rise in unaudited revenues to $US61.5 million ($82.2 million) in the period from 1st January to 31st March, a record third quarter. 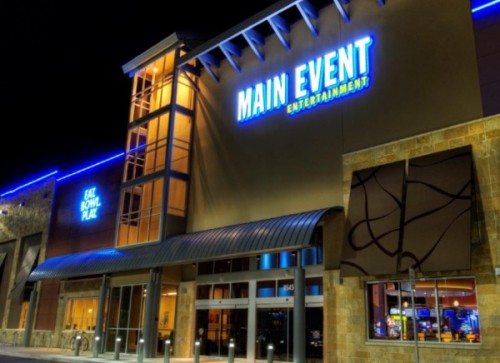 Separately, the bowling and family entertainment centre division reported a 0.8% slip in unaudited revenues to $30.7 million for the quarter.

Thomas cautioned that Main Event was experienced competitive pressure in several markets and a challenging consumer discretionary spending environment in Texas, where the bulk of the centres are located.

As a result, Ardent has decided to drop the number of centres opening from 11 to eight Main Event centres in 2018, in order to increase "management focus on strategies to improve constant centre growth and refurbishments".

Ardent, which is due to change its name to Main Event in May, as approved by shareholders at its October 2016 annual general meeting, also advised that the sale of its marinas division was on track to be completed by 30th June.

Over recent weeks, financial media have reported that the Group may be the subject of a takeover, with listed property investment company Ariadne and other associated groups building a stake of more than 5.7% of the company’s shares.

Image: Dreamworld staff gather in advance of its December reopening (top) and a Main Event venue in the USA (below).