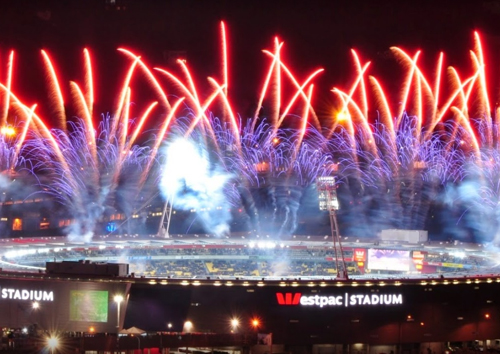 Wellington’s Westpac Stadium has marked another year as New Zealand’s busiest stadium with this recently released annual report showing that it hosted of 59 major event days and over 570,000 fans.

Reporting on what it called a “blockbuster year” the Stadium’s 2015/16 Annual Report accounts for a year of events, hosting “events of every kind from finals to bagpipes, bulldogs to craft beer”.

Some highlights of the year were noted as:

• Hosting the Super Rugby final for the first time in 2015
• The return of concerts, with Elton John and AC/DC both performing in front of big crowds
• A Chappell–Hadlee match featuring the two top ODI teams in the world
• The spectacular return of the Royal Edinburgh Military Tattoo over four nights
• Bumper crowds across all events saw attendance reach the highest levels since 2011/12
• A sell-out test match between the All Blacks and Wales
• Wellington Phoenix secured its immediate future in the A-League 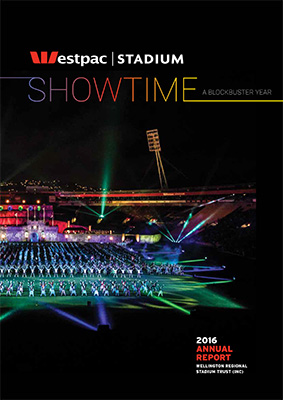 The Stadium also hosted 11 community event days reaching a cumulative attendance of more that 8.8 million since its opening in 2000.

The annual report also showed a net surplus for the year of $2.08 million, compared to $2.09 million in 2015, and well ahead of our budgeted surplus of $0.2 million with the increase over budget being attributed to unbudgeted events such as the Super Rugby final in 2015.

The report’s introduction noted “this was truly a year of stadium-filling blockbuster events.

“We started the financial year with a huge milestone, hosting the Hurricanes in their first ever Super Rugby home final against the Highlanders.

“We were also proud to welcome back concerts to the Stadium, with not one but two world-class performances.

“First we were treated to a special one-off New Zealand show from the masterful Elton John, closely followed by the legendary rock act AC/DC.

“It was a great honour to host once again the Royal Edinburgh Military Tattoo. One of the first events held at the Stadium when it opened in 2000, the event returned with over 2,500 performers putting on a spectacular display of precision and entertainment, enjoyed by a record breaking crowd of over 80,000 over four nights.”