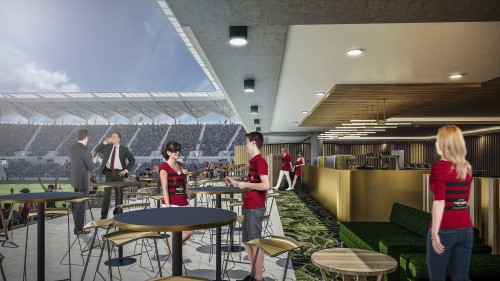 With the former Parramatta Stadium entering the final stages of demolition, Australasian Leisure Management has become aware of the fan experience that the new Western Sydney Stadium will deliver.

The Stage 2 development application for the Western Sydney Stadium follows a Stage 1 SSDA determined in December 2016 for the concept proposal and demolition of the existing stadium. Stage Two represents the second stage of the redevelopment of the venue and includes the detailed design and construction components of the development.

The new documents seek approval for the detailed design of the stadium, public domain and car parking spaces, construction and use of a 30,000 seat stadium including:

• 27,000 general admission seats and associated facilities including bars, food and drink stalls, amenities and viewing areas;
• 3,000 corporate seats and associated function centre and kitchen facility;
• Stadium facilities including player and coaching facilities, media and press conference rooms, security and stadium managers facilities, the use and operation of the stadium and surrounding public domain for a range of sporting and entertainment events, public plazas and entertainment areas including an Urban Park;
• Provision of 500 car parking spaces with vehicle access to the development from O’Connell Street and internal roads for vehicular circulation and pedestrian footpaths. 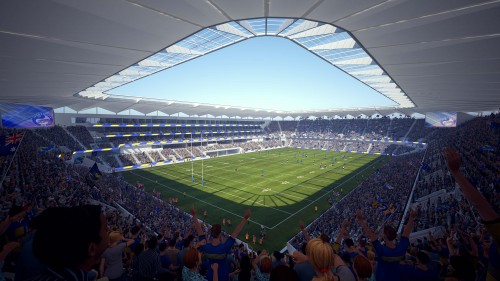 Being built at a cost of $300 million, the design, by leading sport architects Populous, will feature Australia’s steepest stands to ensure fans will be closer to the action than they are at any other stadium in the country. Being designed with the entire fan experience in mind, the two-tier design of the stadium provides opportunities for views of the playing field from the concourse level behind the lower seating area, enabling spectators the opportunity to access bars and food and drink kiosks without missing the event.

With Wi-Fi connectivity, fans are likely to also be able to make their F&B orders in seat.

The Stadium is the first project to be delivered under the NSW Government’s $1.6 billion Stadia Strategy, the largest investment in sporting infrastructure in Sydney since the 2000 Olympics.

Its anticipated usage has been outlined by the NSW Government, as shown below: 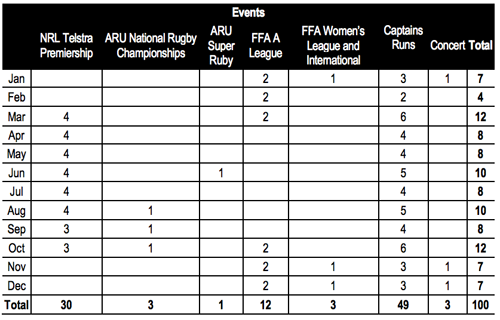 Urban Park
The Stadium’s adjoining parkland Urban Park is designed as a highly permeable space with dedicated circulation spines providing clear connections to the northern and southern stadium entrances. The space includes large canopy trees and a series of green spaces to provide shade and a soft edge to the stadium. 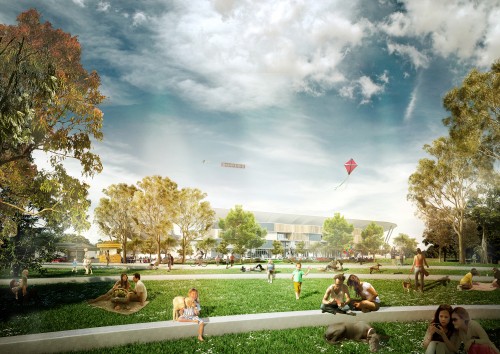 Vegetation is contrasted by vibrant colours creating an active space for a range of people of all ages. The Park transitions the level change from O’Connell Street up to the stadium concourse level with grand scale entry stairs to the south-eastern entrance and turfed terraces along the western edge of the stadium.

For those wanting to preserve the Parramatta War Memorial Swimming Pool, the Stage 2 development application does not include its retention.