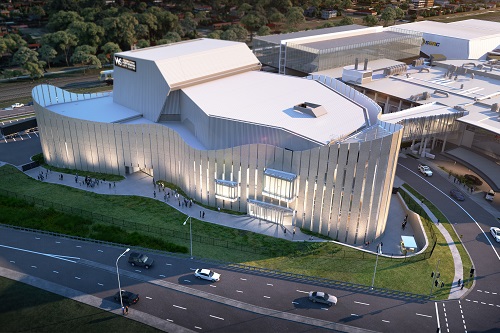 With more than $100 million investment backing the construction and technical features, the Western Sydney Performing Arts Centre has been designed to sit proudly among the best lyric theatres and concert halls in the world and is positioned to dramatically change the entertainment landscape of Australia.

The 2000-seat proscenium arch theatre will be able to house large-scale musicals, ballet and opera companies and symphony orchestras. Comprising a full fly system, retractable seating and outstanding sight-lines, the theatre is unparalleled outside of Sydney’s CBD. 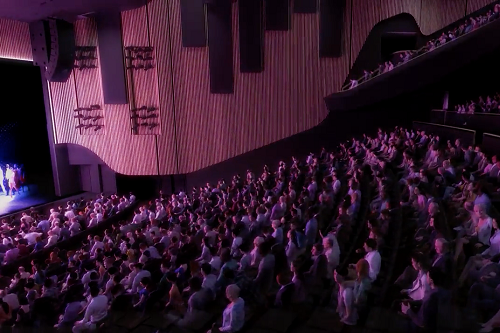 “The new Western Sydney Performing Arts Centre will showcase some of the finest home grown and international concerts, ballets, musicals and live events, and become a destination in its’ own right.

“This cultural precinct will drive visitation, offer an experience like no other and give Western Sydney an arts hub to be proud of.”

Richard Errington, Chief Executive of West HQ commented “Western Sydney Performing Arts Centre has been a 10-year journey for us, and it’s fantastic to see our initial vision coming to life.

“The West HQ destination is undergoing incredible transformation over the next year, and the opening of Sydney’s next great theatre will be an exciting addition for the region and the whole of Sydney.” 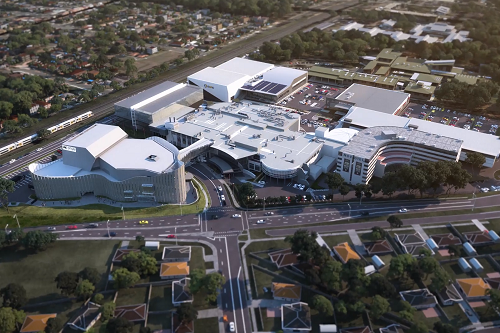 Craig McMaster, Executive Director of Western Sydney Performing Arts Centre advised “our goal is for this truly beautiful new venue to become the new centre for arts and entertainment in Greater Western Sydney and an iconic tourism destination for people throughout NSW and beyond.

“Audiences in Sydney are at risk of missing out on some major shows because of the lack of theatre availability. This stunning new theatre will offer an exciting new option for producers and promoters, and also offer Australia’s leading arts and production companies the gateway venue to Western Sydney’s rapidly expanding population and economy that has been long overdue.” 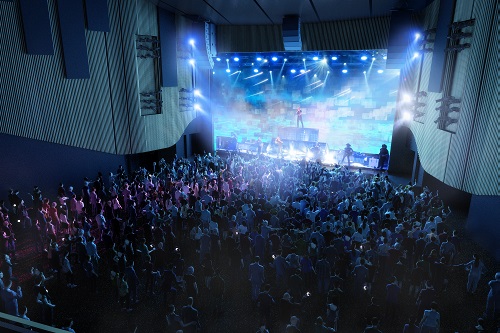 McMaster continued “today’s announcement is all about letting our industry and potential commercial partners know that while we’re still just over a year from opening, we are most definitely now ‘open for business’! We’re looking forward to working with the industry to develop an exciting program for both our opening weeks and for 2020 and 2021.

“There are also some fantastic commercial partnerships opportunities available, so we’re also inviting expressions of interest from major businesses in Western Sydney and beyond to become foundation partners to the venue”.

The unique design of the Western Sydney Performing Arts Centre suggests the venue is positioned to become a significant drawcard for blockbuster shows, headline acts, plays and touring productions. 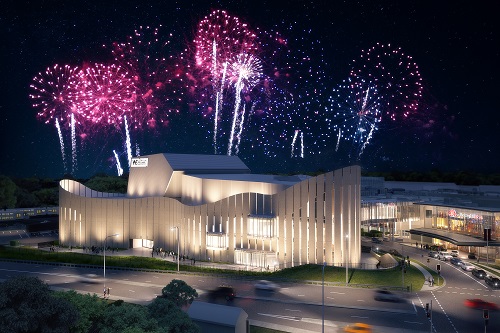 The venue features an orchestra pit suitable for a 30-piece orchestra, 80-line fly system, main bar, grand staircase and courtyard event and function space. The Centre’s grand walkway and entrance can be illuminated in different colours and feature red carpet and media wall.

Designed by Cox Architecture and constructed by lead contractor, Hansen Yuncken, the building has been created with a flowing, curved exterior ‘curtain’ façade and with grand, lightfilled interior foyers finished in elegant natural finishes. The main theatre auditorium is equally unique in both its fit-out and functionality, with a warm and inviting interior with variable capacity modes ranging from 900 to 2000 when seated, increasing to 2300 capacity in concert (standing) mode.

The auditorium also features a unique retractable stalls seating system which enables the auditorium to easily transform from theatre mode into concert/cabaret/conference mode in less than a few hours. 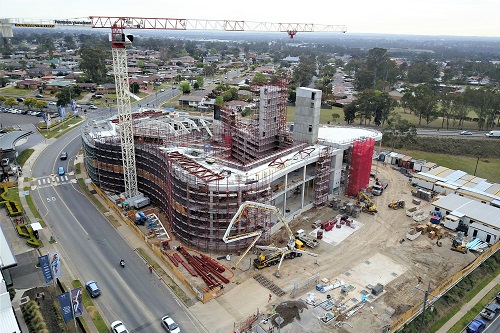 With Greater Western Sydney evolving as a region for entertainment, leisure and business, local theatre audiences and music-lovers are becoming strong supporters of, and active participants in, festivals and large-scale cultural events, and are increasingly attuned to the performing and visual arts.

West HQ is an expanding cultural, sporting and commercial destination that is home to the new Western Sydney Performing Arts Centre. West HQ attracts over three million visitors a year and draws on a wide demographic, including young families, music and theatre-lovers, business and sports people.

The thriving precinct is also home to Novotel Sydney West HQ, the Olympic standard Sydney Gymnastic and Aquatic Centre, the iconic Rooty Hill RSL and the future site of a 5-star Pullman Hotel.

The existing spend for culture and arts, population growth and preference for less time spent travelling to venues has made a compelling case for the Western Sydney Performing Arts Centre to open its doors within the next 12 months.

Images show artist's impressions of the Western Sydney Performing Arts Centre, with the venue's current state of construction (October 2018) at the base.