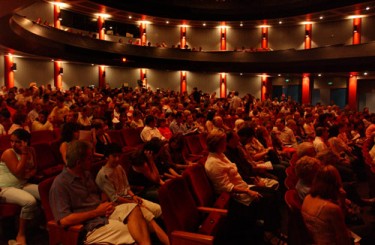 Lobby spokesperson David Capra said that the arts in Western Sydney deserved ongoing focus and should be the recipient of long term and responsive attention, which addressed the changing needs of the community as the region grows.

"The reports shows if you want to invest in arts and culture, Western Sydney is the place, as the return is greater than the CBD.

“Dollar for dollar Western Sydney is out in front."

“Our ask is simple and as the report recommends, we demand genuine engagement with Government and policy makers, genuine representation and to be a part of the decision making in regards to arts and culture, in the interests of seeing our industry reach its full potential.”

“Western Sydney deserves its own arts education capacity and its own cultural institutions, in close proximity to where people actually live. And for the rich content developed by artists, arts organisations and independents to be platformed and supported locally. Too many of our artists have to go interstate or overseas for recognition.”

"In Western Sydney, we are able to send our children to public schools, drive on state-owned roads and attend some of the best hospitals in NSW.

"But Western Sydney lacks cultural investment and is not inline with other State investment in infrastructure. This void has been picked up by Local Government and the NGO sector. I urge the government to support in partnership what already is in Western Sydney as outlined in the report.”

Capra said that the recommendation for a reference group for the industry was a tremendous way to formalise the work that the Western Sydney Arts and Cultural Lobby had been starting to do in advocating for the West.