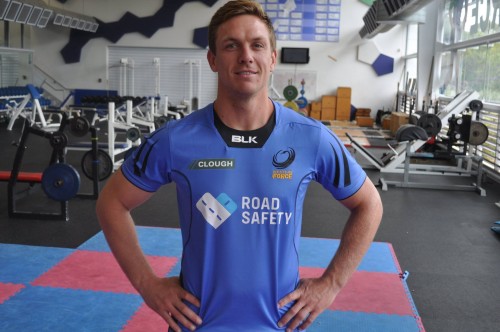 The partnership will see the Road Safety Commission logo will be visible on the front of the team’s playing jerseys.

It will cover an initial period of one year, with a three-year renewal option to cover the existing broadcast agreements.

The partnership will see Western Force players and coaching staff help in the delivery road safety messages by being ambassadors and providing up to 1,200 hours of service in support of road safety within the community and through the media.

Western Force Chief Executive Mark Sinderberry acknowledged the huge importance of the deal, stating "this a partnership that our whole organisation including the Western Force players, coaches, staff, members, our other partners and the wider rugby community will get behind.

“The partnership with the Road Safety Commission is significant and goes some way to under-pinning the revenues of the Western Force for the future, and just as importantly allows us to play a role in the wider community to help address the problems we collectively face with cars, young people and road safety.”