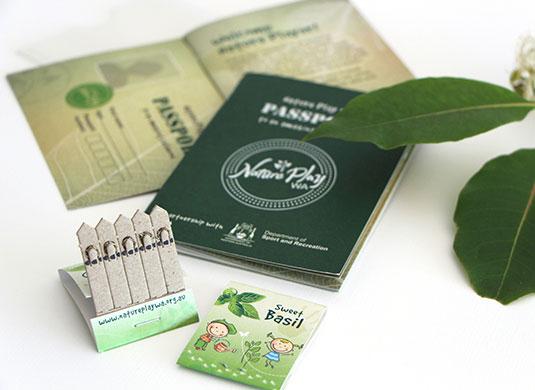 Nature Play WA was launched in 2010 with the aim of getting families outside to experience nature together and giving children the opportunity to experience unstructured play away from computer and television screens.

Western Australian Sport and Recreation Minister Terry Waldron, who spearheaded the push to get Nature Play WA up and running, said he was proud the program was gaining national and international attention.

Minister Waldron explained "simply put, Nature Play is about letting kids be kids, and learning to experience the environment the way previous generations have.

"All the research is showing that children are healthier, happier and smarter when they engage in outdoor play and use their imaginations to play in the environment."

Nature Play WA started in 2010 with funding through the Western Australian Government's Sport 4 All program. With that funding, the Nature Play WA Passport to an Amazing Childhood and website was developed, giving children hundreds of ideas for outdoor play and 'missions' for them to complete.

Nature Play Chief Executive Griffin Longley said having other State partners on board meant there was a greater scope to both advocate and create new resources for children and parents, stating "having these new partners join us has trebled the capacity in Australia to develop new and innovative solutions to the issues facing modern families such as sedentary child behaviour and the associated developmental and health concerns."

Commenting on bringing Nature Play to Queensland, Queensland Minister for National Parks, Recreation, Sport and Racing Steve Dickson stated "we want Queensland children to shift from screen time to green time and to make playing outdoors and exploring our national parks and forests a bigger part of their lives.

"That's why I'm proud to announce $1.5 million over the next three years to help get Nature Play Queensland off the ground.

"It will include missions such as nature scavenger hunts, climbing a hill or making a bushwalking stick, providing plenty of fun and excitement at the same time as getting kids outside."

"QORF's mandate is to develop the opportunity for outdoor recreation in Queensland and Nature Play will see Queensland kids given the encouragement and the resources to discover nature, and themselves."

For more information go to www.natureplaywa.org.au/