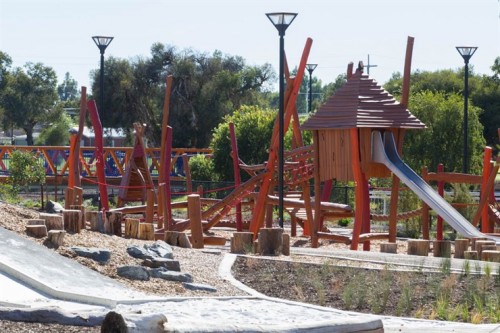 Western Australian Premier Colin Barnett has opened the first stage of the City of Gosnells new Mills Park complex, saying that they set a “new benchmark” for sporting facilities.

The $47 million, 24-hectare recreation facility is the largest infrastructure project undertaken by the City of Gosnells.

Premier Barnett stated “this has been well thought through, well put together and an outstanding facility.

“I have been to lots of facilities around the metropolitan area and around the country but I think the City of Gosnells, you have hit the high point. 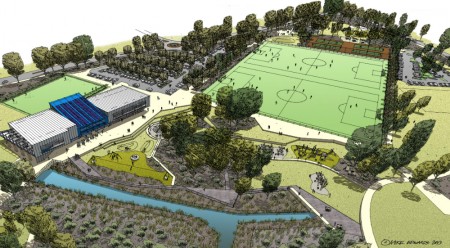 “I have not seen a sporting facility and a community facility that caters for so many groups.”

While majority funded by the City of Gosnells Lotterywest and the Western Australian Department of Sport and Recreation have each provided $4 million towards the project.

Along with the community centre, the Mills Park redevelopment also includes a skate plaza, nature play space, piazza, sporting infrastructure and walkways. The piazza, which features a stage area and viewing space, will be a venue for events and festivals in the city.

The fully accessible nature play space is five times larger than was available previously and connects to a network of well-lit walkways to provide further opportunities for the community to connect with the natural environment.

The Mills Park Master Plan was finalised in December 2014, with construction beginning in April 2015.

Stage 2 began in November 2015 with an expected completion date of February 2017.

Images: A new play at Mills Park (top) and the plan of the Mills Park facility prior to completion (below).