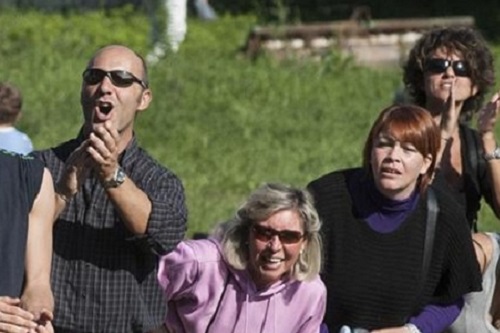 A local adaptation of the international initiative to improve parental behaviour at junior sport will see community clubs in Western Australia introduce 'Silent Sidelines' days, weekends or rounds in which spectators are asked not to make comments to players, coaches, officials or spectators during games.

Aimed at changing the behaviour of parents who yell abuse at players, umpires or coaches or who try to coach or umpire from the sidelines, the Silent Sidelines initiative started in Europe and North America in 2014 and has already been promoted in NSW and Queensland. It was created as an antidote to what former England footballer and now television presenter Gary Lineker termed the “bile and nonsense parents spout” at junior games.

The Silent Sidelines guidelines allow for “polite clapping” when spectators recognise good play from either team, stating “if you don’t think your spectators would be able to stay totally silent, Silent Sidelines can promote a day where only positive comments are made from the sidelines and no coaching is allowed by spectators.

“Silent Sidelines and Shoosh campaigns have been happening all over the world and reports indicate that children appreciate these moments as it encourages them to speak up to each other, helping them enjoy the game and have a positive experience.”

Some local netball teams have embraced the initiative by holding lollipop days - in which parents are given lollipops to suck when tempted to shout from the boundary lines.

The WA Football Commission is looking to introduce Silent Sidelines days in its junior competitions next year, with Junior Football Manager Troy Kirkham confident parents and players would embrace the initiative.

Kirkham told The West Australian “we don’t want it to be seen as a one-off, gimmicky activation.

“We think it’s got some real positive benefits, and internationally and on the east coast ... feedback from kids has been really positive.

“All parents put kids into sport for the right reasons ... but it’s easy to slip into behaviour that doesn’t create the right environment for kids, and that’s where programs like True Sport are really beneficial.”

Western Australian Sport and Recreation Minister Mick Murray said West Australians believed that strong community values were an important part of having a positive sporting experience, concluding “True Sport empowers people to stand up and do the right thing.”

Image used for illustratve purposes only.

21st June 2014 - Stamping out the ugly side of community sport